Thomas has convinced shamed drugs cheat Armstrong to take part in his charity stunt, riding the Tour route one day ahead of the professional peloton.

Cookson said the UCI has no authority to stop Amstrong's bid, but urged the American, who has been stripped of his seven Tour de France titles, to think again.

"I think Lance would be well-advised not to take part in that."

Armstrong in January complained he was prevented from even walking an organised marathon to raise funds for charity.

From next summer, however, the World Anti-Doping Agency code (section 10.12.1) will permit the Texan to participate in sports other than cycling and triathlon. He was banned for life from those sports in August 2012.

Cookson rejected the argument Armstrong should be handed some slack despite his life ban from cycling, even though his summer stunt ostensibly could raise big funds for charity.

"I'm not critical of people trying to raise funds for charity, let's be clear. But I think maybe Lance could find a better way of continuing his fundraising efforts than this.

"Lance Armstrong can ride his bike around France as often as he likes, it's got nothing to do with me or the UCI."

Asked if he would not be cheering on Armstrong's mission this summer, Cookson said: "I think you can make that assumption."

Cookson also scotched the notion he could broker a meeting between Armstrong and bosses of the United States Anti-Doping Agency (USADA).

"The (CIRC) panel did not find anyone who would give cycling a clean bill of health at the moment," he said. "That's an uncomfortable position for us.

"I am not anxious to be the president of the UCI that brings Lance Armstrong back into cycling, no.

"I am a little bit puzzled by that (being asked to broker a meeting with USADA), because Lance Armstrong knows where USADA is and vice versa.

"I'm not sure what UCI can bring to that particular party.

"But at the end of the day the commission was quite clear: it was established under rules and guidelines that any reduction in sanction has to come from that body that imposed that sanction.

"USADA is in control of whether Lance Armstrong gets any reduction in his ban, and that's the way it should be." 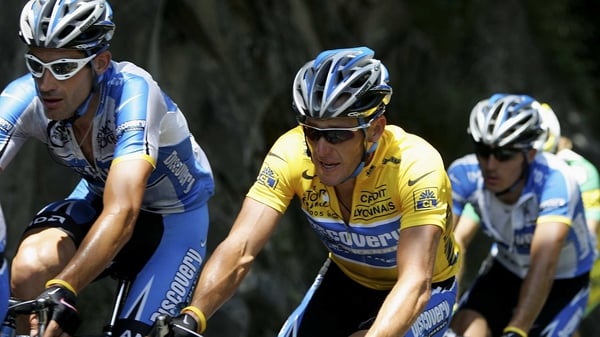