Former UCI President Pat McQuaid has admitted he made mistakes during his time in charge of the organisation, but claimed that one of his main aims had been the fight against doping.

Responding to the report from the Cycling Independent Reform Commission, which criticised the UCI leadership, including McQuaid’s, but stopped short of making a finding of corruption, McQuaid admitted that he had made mistakes but refused identify particular examples.

“That’s the same in any organisation, the same with any director,” McQuaid told RTÉ Radio. “Of course I made mistakes. Doesn’t anybody make mistakes?”

McQuaid, who was UCI president from 2005 to 2013, said that hindsight was 20-20, and that there were lots of decisions he took while UCI president which, looking back on now, he would have taken differently.

He claimed that the UCI under his leadership had not sought to protect Lance Armstrong.

“It’s wasn’t a question of defending and protecting Lance Armstrong,” McQuaid said. “It was a question that we tested him, and we tested him over 200 times, and he never tested positive.

“Every police authority in the world knows who is committing the crimes, but until they get evidence against them they can’t catch them.

“For me, the important thing for this report, and it is ... a landmark report, is that it was set up to look into allegations of corruption, and wrongdoing, and complicity in hiding doping cases within the UCI over that period.

“The report completely clears me of any corruption, any wrongdoing, or any complicity in doping, and for me that’s very, very important.

“It actually goes on to say, the report, that from the time I was elected in 2005, the anti-doping fight increased considerably, with a lot of new tests brought into action, with a lot of new strategies brought into action, with Anne Gripper, who took over at that time, the anti-doping; and that it increased considerably, and that the sport is in a lot better place now than it was at that time.”

The report finds that the UCI failed to apply or enforce its own rules by allowing Tour Down Under in 2009, despite the fact that he had not been in the UCI testing pool for the prescribed period of time.

It says: “Whilst there is no direct evidence of an agreement between Pat McQuaid and Lance Armstrong, information in the Commission’s possession shows that: (i) Pat McQuaid made a sudden U-turn and allowed Lance Armstrong to return 13 days early to participate in the Tour Down Under, despite advice from UCI staff not to make an exception, and (ii) there was a temporal link between this decision, which was communicated to UCI staff in the morning, and the decision of Lance Armstrong, which was notified to Pat McQuaid later that same day, to participate in the Tour of Ireland, an event run by people known to Pat McQuaid.”

McQuaid claimed there was no link between Armstrong’s participation in the Tour of Ireland and the UCI decision to allow him to compete in the Australian race.

“We allowed him after a meeting that took place internally, in the UCI, where we discussed the fact that he had been in the biological passport for over five months at that stage. The anti-doping people told me that his levels were the very same levels as anybody else that would be in the passport.

“The UCI had already decided to change that rule. My legal people told me that it would be it’s a choice, it’s a bit ridiculous if he doesn’t ride it, because he’s the same as everybody else.

"UCI is now one of the leading international federations in the fight against doping, and the legacy I have left behind there, I am quite proud of" - Pat McQuaid

“The fact is, my brother Darragh was dealing with Lance Armstrong in a separate way, for a lot longer earlier than that, working with him and bringing a big cancer seminar into Ireland, which he did, where he brought something like 500 people into Ireland for three days in the RDS for a cancer seminar. That was all done by my brother Darragh, completely independent of me.

“And also, you’ve got to bear in mind, in terms of me perhaps supporting the Tour of Ireland, my job as president of the UCI, was to support cycling all over the world. And indeed, I spoke with presidents, ministers of sport, ministers of finance, and tried to get them to organise and assist and support races. That was a lot of the work that I did as president of the UCI, a lot which is not in this report, because this report purely looks as aspects of the anti-doping fight.”

“Numerous examples have been identified showing that UCI leadership ‘defended’ or ‘protected’ Lance Armstrong and took decisions because they were favourable to him,” it says, also finding that “the main focus of UCI leadership was on the growth of the sport worldwide and its priority was to protect the sport’s reputation; doping was perceived as a threat to this. The allegations and review of UCI’s anti-doping programme reveal that decisions taken by UCI leadership in the past have undermined anti-doping efforts.”

Responding to the claim that certain riders were favoured, McQuaid said: “I never gave any riders any particular favours. They were all tested, they’re all tested by the anti-doping people. They were all in the biological passport when I introduced the passport.”

However, he said he would not content that he gave no preferential treatment to Armstrong, but said he “absolutely” rejected any notion that he helped the American cheat his was to seven Tour de France victories. 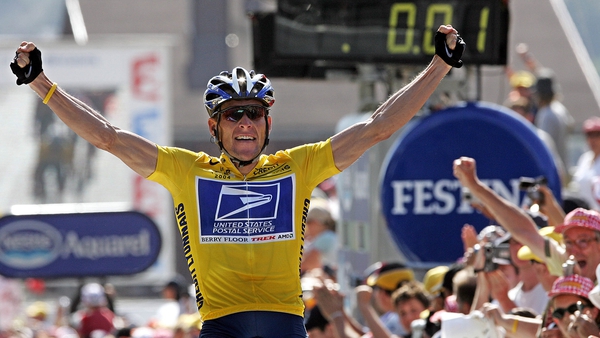