The 20-year-old Kazakhstan rider competes for Astana's feeder squad, its continental team, and news of his failed test comes as a further blow to the outfit.

Italian Nibali was the standout performer at the 2014 Tour de France and, while there are no suggestions of wrongdoing on his part, questions continue to surround his team after numerous recent infringements which see Astana's licence under review.

Last week it was announced Victor Okishev, like Fedosseyev, a 20-year-old who rides for Astana's continental team, had tested positive for steroids while competing at the Asian Cycling Championships in May.

Although Astana Continental, which competes in the third division, is technically a separate entity from the elite team, the cases could well have an impact on the UCI licence commission's view of the Kazakhstan-based team and its operations.

In October, the UCI asked its licence commission to review Astana's status after brothers Maxim and Valentin Iglinskiy, as well as trainee Iliya Davidenok, all failed doping tests.

The UCI has said the review could lead to the team having conditions attached to their licence. 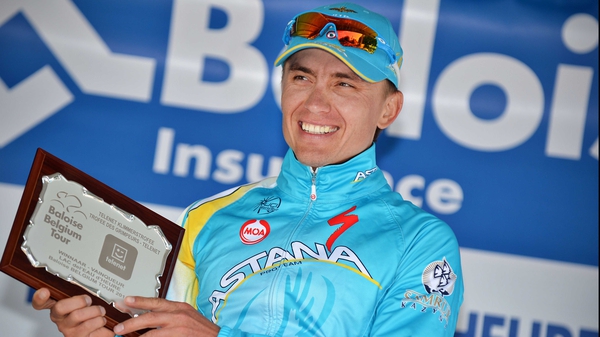 Astana withdraw from Tour of Beijing