Nicolas Roche slipped to fourth place in the Tour of Britain as Michal Kwiatkowski seized the race lead by stealing a stunning stage four victory in Bristol.

Poland's Kwiatkowski (Omega Pharma-QuickStep) won the sprint for the line at the end of the 184.6-kilometre route from Worcester to take the yellow jersey.

Holland's Albert Timmer (Giant-Shimano) was frustrated with second after being prominent throughout the stage and Belgium's Dylan Teuns (BMC Racing) was third.

The time bonus which accompanied the win saw Kwiatkowski move three seconds ahead of Edoardo Zardini (Bardiani CSF) in the overall standings.

Wiggins finished in the bunch behind Team Sky colleague Ben Swift, who was six seconds behind Kwiatkowski in seventh.

Alex Dowsett (Movistar) was in the day's six-man break, but a double puncture saw him fall back to the peloton.

The real action came inside the final 3km when Timmer, who had been in the day's break alongside Dowsett, tried to accelerate up Bridge Valley Road following the peloton's passage through the Avon Gorge.

First Jack Bauer (Garmin-Sharp) bridged the gap to Timmer and it appeared the two would contend for the stage win, but then Kwiatkowski and three others accelerated towards them.

The Pole had enough energy to power past Bauer and Timmer to take victory.

Kwiatkowski is a talented all-rounder and it would not be beyond him to take overall victory in London on Sunday, although plenty of hurdles remain, beginning with Dartmoor tomorrow. 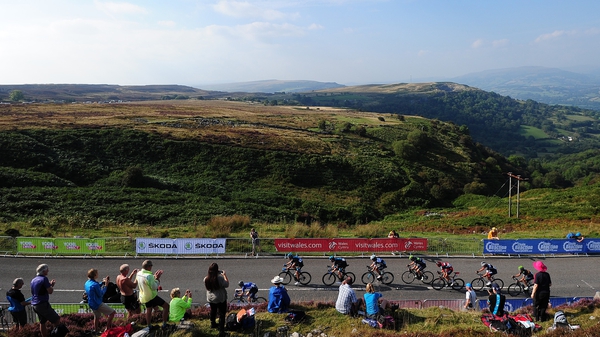 Third-place finish for Nicolas Roche on Tour of Britain