Part of a lead group of some two dozen riders, after Irish rider Martin crashed on the final corner, Gerrans was the fastest in a drawn-out sprint.

Liege-Bastogne-Liege is the last major one-day Classic of the first half of the 2014 season. 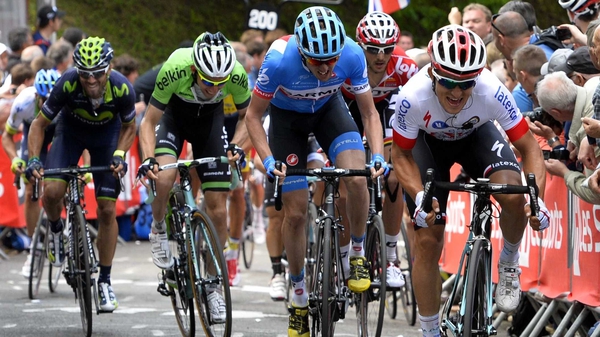