The Irishman has not received support from Cycling Ireland to seek a re-election - however he has received nominations from Switzerland, Thailand and Morocco.

Speaking to RTÉ this morning, McQuaid said: “I have a lot of federations around the world that have urged me - despite the various pressures that have been on me, including inducements to leave the position - that I shouldn’t leave the position and they want me to stay.

“I refuse to step aside because I am standing on the work I have done in the past eight years and the globalisation of the sport is completely changed.”

“They are trying to do is to blame me on this and say that I’m manipulating this and I’m doing this for my needs and it’s not the case at all.

He argues that the UCI constitution does not state that you must receive the backing of the home federation for election.

“It states that any federation can nominate one of its members to be a candidate for the presidency or for the management committee of the UCI.

"It doesn’t state anywhere that any person cannot be a member of several federations as indeed I am.”

The Malaysian federation has recently sent in a letter, in which it proposes that one can seek a nomination from three federations without the backing of the home nation.

McQuaid says that decision to implement this is not up to him.

“The UCI is a democratic institution, the UCI congress is the ultimate power in any decision making of cycling.

“We have several proposals from different federations on several different subjects that are coming up at the congress in September and it will be the congress that will decide whether to accept this proposal from Malaysia.

“I could not turn around and say ‘No, we don’t put your proposal on the agenda’, I don’t have that power." 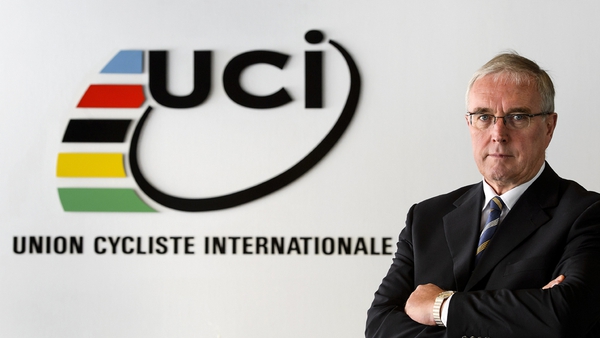