Armstrong refused to cooperate with the United States Anti-doping Agency, who published a 1,000-page report last week which concluded the Texan and his United States Postal Service team ran "the most sophisticated, professionalised and successful doping programme that sport has ever seen".

Although aware the spectre of doping remains, Roche insists cycling has cleaned up its act and is frustrated all the good happening in the sport has been overshadowed by the recent revelations.

"Whatever mischief was going on then could never happen today.

"The proof the system's working is that a guy like Bradley Wiggins has come along and he's suspected of being clean, which is brilliant, and he's come out and won the Tour de France."

Roche has cautioned against finding people "guilty through association" after Team Sky reiterated their zero-tolerance stance and announced they will sever ties with anyone with a history of doping.

Roche, a friend of Yates, insists the Briton should not be reprimanded just because he was friends with Armstrong, whose seven Tour wins from 1999 to 2005 were fuelled by performance-enhancing drugs, according to USADA.

Roche added: "Is everybody guilty through association? In that case, get rid of everybody. Wipe out half the peloton, half the directeur sportifs, half the managers, half the UCI and then start from scratch. 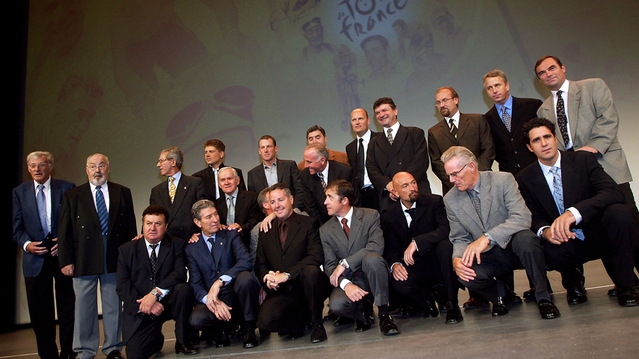 "I'd understand, but I don't think it's really fair. It's a bit radical to tear things up like that.

"Sean has been a great part of Sky. He's been a great asset to cycling. I think it's unfortunate if he loses his job now because of this.

"There are others in the same situation and I don't know if this is the right way to tackle the problem."

The scandal has torn a hole through the heart, and to the very top, of the sport.

Hein Verbruggen, the International Cycling Union's honorary president, was yesterday forced to dismiss an article in which he appears to defend Armstrong as "misleading".