Martyn Irvine secured a Track qualification slot for the London Olympics this with a seventh place finish in the Omnium event at the Track World Championships at Melbourne.

Of key importance was his finishing position relative to the riders from Denmark (fourth) and Poland (12th ) who were closest to Ireland in the combined rankings from the twelve qualification events.

However Irvine had enough of a lead going into this event to ensure Ireland held on to seventh and thus inside the top eight required to secure a slot for the London Games.

The track world Championships in Melbourne concludes a long qualification route which started in Poland in November 2010 and included twelve events in total. Irvine, a native of Ards, in Co Down, completed in eleven of the events on route to qualification taking in China, Kazakhstan, Columbia on route and more recently the Olympic Velodrome at the London World Cup.

26-year-old Irvine will now return to Europe and will compete in some road races with his RTS Racing team. He will then return to his track base in Palma where alongside his coach Andy Sparks he will prepare for his first Olympics. 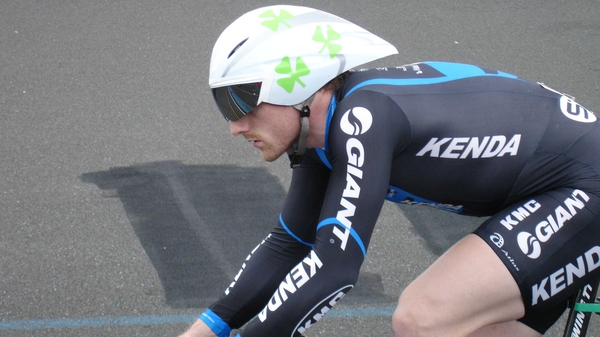