A rider in the Tour de France has failed a doping test, the International Cycling Union (UCI) announced today.

Neither the identity of the rider nor the date the test was conducted were released by the sport's governing body. If the case is confirmed it will be the first doping case from the race.

'The adverse analytical finding received this morning relates to  the first analysis, and will have to be confirmed either by a  counter-analysis required by the rider, or by the fact that the  rider renounces to that counter analysis,' the UCI said in a statement.

'The World Anti-doping Code and the Anti-doping Rules of the UCI  do not allow to make the name of the concerned rider public, as well  as other information that may allow identification,' the  statement added.

The test was carried out by France's national anti-doping laboratory at Chatenay-Malabry.

UCI president Pat McQuaid told AFP he would be dismayed if the test was confirmed but vowed no let-up in the war on drug cheats.

'From my point of view it's intolerable and we're determined to root out this problem and deal with it,' McQuaid said in a telephone interview.

'At the moment I'm concerned over the A sample result. If the B sample turns out to be positive, I'll be angry.'

This year's Tour was rocked by a drugs scandal on the eve of the race which saw 13 riders, including pre-race favourites Jan Ullrich and Ivan Basso, barred from taking part after they were implicated in a Spanish blood-doping ring.

It was the latest in a series of high-profile drugs controversies to tarnish cycling over the past decade, with the Tour de France being particularly hard hit. 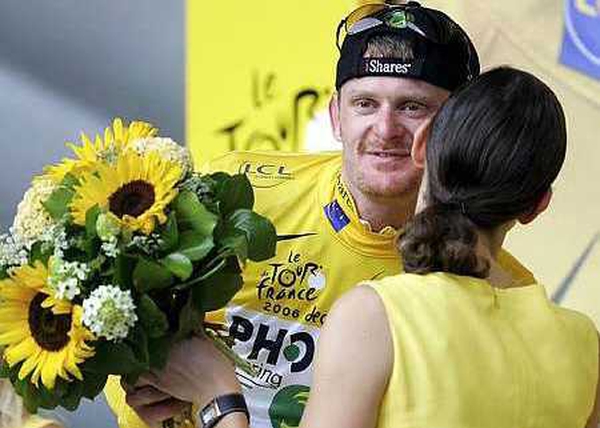