Ireland all-rounder Kevin O'Brien has announced his retirement from international cricket after falling out of contention for this year's T20 World Cup.

The 38-year-old, who famously blasted the Irish to victory over England in a 2011 World Cup group match with a 50-ball century - still the tournament's quickest - has decided to call it a day ahead of the T20 World Cup in Australia, which gets under way in October, after slipping out of the selection reckoning.

In a statement on Twitter, O'Brien, who for 12 years played for Ireland alongside older brother Niall, said: "Today I announce my retirement from international cricket after 16 years and 389 caps for my country.

"I had hoped to finish my career at the T20 World Cup in Australia, but having not been picked for the Irish squad since last year's World Cup, I feel the selectors and management are looking elsewhere.

"I have enjoyed every minute playing for Ireland, have made many friends off the pitch and I have so many happy memories to remember from my time playing for the national side."

O'Brien, who has been a frequent visitor to England's domestic circuit, where he has had spells with Surrey, Somerset, Nottinghamshire, Leicestershire and Gloucestershire, played 153 one-day internationals, 110 T20 internationals and three Tests for Ireland.

O'Brien, who has already moved into coaching, has signalled his intention to step up that phase of his career.

Ireland captain Andrew Balbirnie led the tributes, saying: "I was very lucky to play with not only one of Ireland's greatest sportspeople, but also a very good friend who was always there to support me from my first cap to when I became captain.

"Cricket in this country owes a lot to what Kev achieved on and off the field and has left the game in a better place. Everyone in the team wishes nothing but the best going forward for Kev in his coaching career." 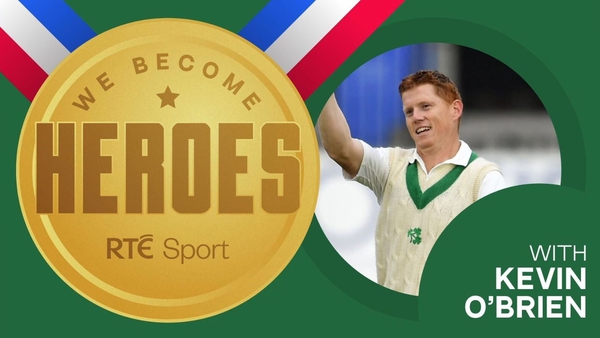