Cricket Ireland have kept faith with the 14-man squad that was whitewashed 3-0 by New Zealand for their upcoming T20 series against South Africa and Afghanistan.

The two-match South Africa series takes place in Bristol on 3 and 5 August, before the five-match T20 series against Afghanistan, with this squad selected for the first three games in Stormont.

Cricket Ireland will give some fresh faces game time in the final two games of the Afghanistan series before selecting a provisional squad for the ICC Men's T20 World Cup in late August, with the final squad expected to be confirmed in early September.

The squad will undertake a series of match-scenario and skills-based training camps in September behind closed doors as they complete their preparations for the tournament in Australia.

"We are now getting down to the final stages of our preparations as we build towards the Men’s T20 World Cup in October. The squad has faced two high-quality opponents in recent weeks, in India and New Zealand, and have stern tests ahead against South Africa and Afghanistan," he said.

"We believe, while the results have not gone our way, the brand of cricket that Heinrich Malan is instilling in the squad is showing positive signs and the players are beginning to equip themselves well as they build towards the World Cup in Australia.

"We have, however, sought to give ourselves a level of selection flexibility later in the Afghan series, and will announce a squad for the final two T20s of that series in due course." 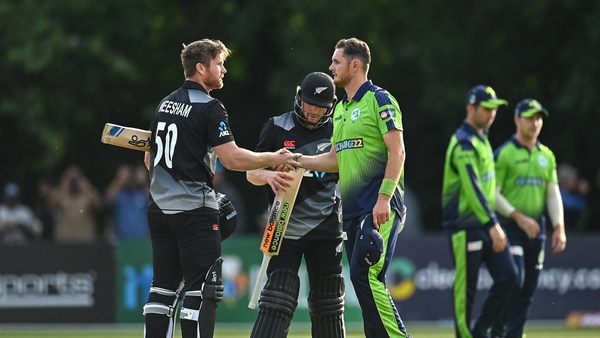