Australia great Shane Warne, one of the finest bowlers of all time who revived the art of leg-spin, has died aged 52 following a suspected heart attack.

Warne – a larger-than-life character whose 708 Test wickets has only been surpassed by contemporary rival and fellow spinner Muttiah Muralitharan – could not be revived after being found unresponsive in his Thailand villa.

"It is with great sadness we advise that Shane Keith Warne passed away of a suspected heart attack in Koh Samui, Thailand today, Friday 4 March," a statement from his management company read.

The statement added: "Shane was found unresponsive in his Villa and despite the best efforts of medical staff, he could not be revived.

"The family requests privacy at this time and will provide further details in due course."

Warne – who was the joint-leading wicket-taker as Australia won the 1999 World Cup and finished with 293 one-day dismissals in 194 matches – brought an illustrious 15-year international career to an end in 2007.

Named as one of the five Wisden Cricketers of the Century, alongside Donald Bradman, Garfield Sobers, Jack Hobbs and Viv Richards, Warne's impact on the game is immediately apparent.

His leg breaks, googlies, flippers and sliders bamboozled many accomplished batters and England were often in his crosshairs. He took 195 wickets at 23.25 with 11 five-fors and four 10-wicket match hauls against the old rivals.

But there was also an affinity with England, with Warne representing Hampshire with distinction from 2000 to 2007.

While he was celebrated on the field, there was a darker side as he and Mark Waugh were fined for accepting money from a bookmaker while he was suspended for 12 months before the start of the 2003 World Cup after testing positive for a diuretic.

However, he established his legacy upon his return, becoming the first bowler to reach 700 Test wickets before bowing out after helping Australia seal a 5-0 Ashes victory in the 2006/07 series.

He continued to play on the franchise Twenty20 circuit before retiring from playing altogether in 2013, after which he became well-renowned for his insight and forthright opinion as a commentator and pundit.

England all-rounder Ben Stokes, who was coached by Warne in the Indian Premier League, wrote on Instagram: "Australian Legend. @rajasthanroyals Legend. Was an honour to know you and work with you. This man is a LEGEND."

Former England batter Ian Bell, who faced Warne in the famous 2005 Ashes series, posted: "There are no words. A hero growing up and the greatest player I ever played against. I can’t believe it.

"My thoughts are with his loved ones."

England paid tribute to Warne on Twitter, adding: "One of the greatest of all-time. A legend. A genius. You changed Cricket. RIP Shane Warne."

India great Virender Sehwag hailed Warne as "the man who made spin cool".

Sehwag wrote on Twitter: "Cannot believe it. One of the greatest spinners, the man who made spin cool, superstar Shane Warne is no more.

"Life is very fragile, but this is very difficult to fathom. My heartfelt condolences to his family, friends and fans all around the world."

Warne’s death came just hours after that of fellow Australia great Rod Marsh, who died aged 74 – with Warne among those paying tribute to him.

Current Australia opener David Warner wrote on Twitter: "Two legends of our game have left us too soon. I’m lost for words, and this is extremely sad.

"My thoughts and prayers go out to the Marsh and Warne family. I just can not believe it. #rip, you will both be missed." 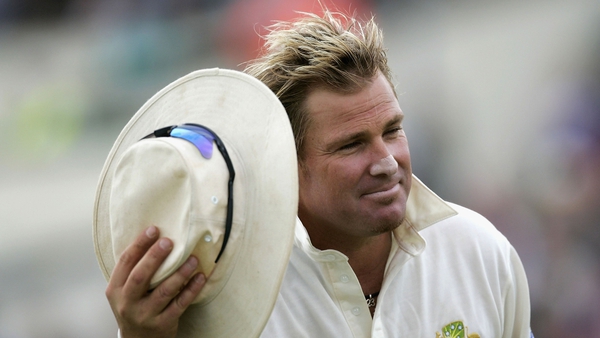 'He transcended cricket' - Tributes paid on the death of Shane Warne