Kevin O'Brien has been dropped by Ireland for their T20 series against the United States and West Indies.

Ireland selector Andrew White said "one of the hardest selection calls" was to omit the 37-year-old, who has played 110 T20s and scored 1973 runs.

O’Brien opened for Ireland at last month’s T20 World Cup but managed only 39 runs in three matches as they crashed out at the group stage following defeats to Sri Lanka and Namibia.

Bowler Josh Little will miss the T20 series against the USA, which begins in Florida on 20 December, after being released to play in the Lanka Premier League. He will join the touring party ahead of their one-day series.

Shane Getkate and William McClintock are recalled to the 15-player T20 squad while leg-spinner Ben White receives his first ODI call-up, having made his T20 debut against South Africa in July.

White, who is chair of the national men’s selectors, said their squad selections were influenced by the T20 World Cup qualifier early next year.

"We had hoped that we could have avoided the need to qualify for next year’s T20 World Cup through advancing to the Super 12 stage of the last tournament, but our early exit means that our transition and succession planning horizons have been shortened somewhat," said White.

"One of the hardest selection calls has been to omit Kevin O’Brien from this tour. Kevin has been an instrumental part of our senior squads for many years, and played a key role at the top of the order in the T20 format in recent years.

"However, with the T20 World Cup qualifier just around the corner, the selectors want to try a different dynamic at the top of the order, and enable greater power-hitting potential in the middle order." 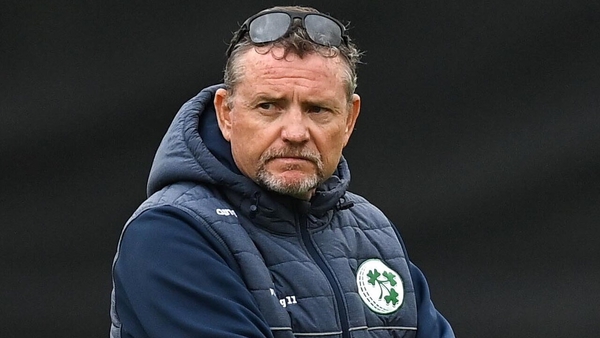