Laura Delany, fresh from being named ICC Women’s Player of the Month for October, will captain the side while Eimear Richardson will return to the squad after missing the Zimbabwe tour last month.

Ireland will play warm-up games against Thailand (16 November) and Pakistan (19 November) before heading to the tournament.

At it, nine teams will compete for three places at the 2022 Women’s Cricket World Cup, set to be held in New Zealand.

Ireland are in Group A alongside the West Indies, Sri Lanka and the Netherlands with the games taking place between 23 November and 29 November.

The top five teams will also qualify for the next edition of the ICC Women's Championship, which is expanding from eight teams to 10.

"It is great to see the squad finally confirmed, especially the return of Eimear Richardson to the set-up," he said.

"Eimear is not only a talented all-rounder on the field, but is a role model with over 15 years international experience to call upon. You can’t put a price on experience, and she is always an asset to the squad both on and off the field, and we thank Northern Districts for releasing her to play in the Qualifier."

"We saw in Zimbabwe last month the confidence that our batting and bowling units gained from spending time training and playing in Zimbabwean conditions, especially how to adapt to altitude and dealing with the challenges of touring life.

"The facilities were first rate, and that tour, I believe, saw a number of our players prove to themselves that they belonged in international cricket." 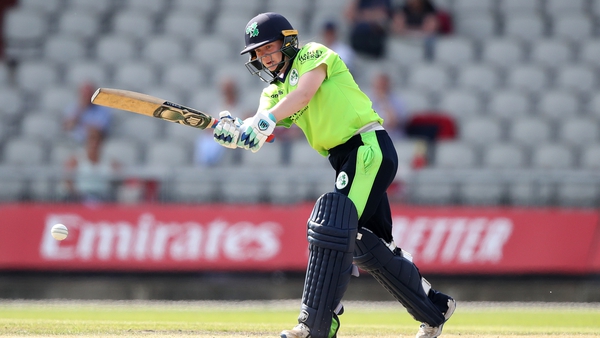