Mark Arthur has resigned as chief executive of crisis club Yorkshire, bowing to mounting pressure on a day that saw England captain Joe Root join the calls for lasting change at the county.

Arthur's position grew increasingly shaky as the fallout from Azeem Rafiq's allegations of institutional racism escalated in recent days and he finally departed on Thursday evening.

His exit follows that of chairman Roger Hutton, who tendered his own resignation last week citing frustration at the club's handling of the case and called for both Arthur and director of cricket Martyn Moxon to do the same. Rafiq has repeatedly lobbied for the pair to go and a number of senior politicians have recently echoed those sentiments.

Moxon has been signed off with a stress-related illness, while head coach Andrew Gale is on suspension pending an investigation into an offensive, but unrelated, historic tweet.

Rafiq had earlier reiterated his calls for mass departures at Headingley, tweeting: "EVERYONE must go."

Root entered the discussion from England's Ashes preparation camp on the Gold Coast, issuing a statement that said the episode had "fractured our game and torn lives apart" and offering to assist Hutton's successor, Lord Kamlesh Patel, in his attempts to lead the club to a better future.

But Root's subsequent suggestion that he could not remember witnessing any examples of racism during his entire playing career at Yorkshire appeared to go down badly with his former team-mate. Taking to his Twitter feed shortly after Root's appearance in the media, Rafiq wrote: "Disappointed is not even the feeling. Incredibly Hurt. But uncomfortable truths are hard to accept it seems."

Root's written statement read: "In my capacity as England captain and as a senior player at Yorkshire, I feel compelled to address the current situation that has consumed the sport and YCCC.

"I've spent a lot of time reflecting. There is no debate about racism, no one side or other. It is simply intolerable. These events have fractured our game and torn lives apart. I want to see change and actions that will see YCCC rise from this with a culture that harnesses a diverse environment with trust across all communities that support cricket in the county."

Some of the biggest names during Root's time with Yorkshire have seen claims made against them.

His friend and mentor Michael Vaughan completely denies making an offensive comment to a group of Asian team-mates over a decade ago, former flatmate Gary Ballance has admitted using a "racial slur" against Rafiq during a close friendship and Gale has led him as both captain and coach.

Asked if he had experienced examples of racism, and later if he recognised a culture of institutional racism at the White Rose, Root told a media conference: "Not that I can recall, no. I think when I look back now, I can't.

"I can only speak from my personal experiences. But it is clear things have happened at the club and we have to make sure we eradicate it. We look to find ways to make sure this never happens again in the sport and, beyond that, in society."

A slew of sponsors have severed ties with the club over the past fortnight but Root has not been tempted to take his own powerful brand, as English cricket's figurehead, elsewhere.

"It's obviously deeply hurtful that it's happened at a club that I'm so close to," he said.

"But in terms of my position, if you're not at the club how can you make any change? How can you help move things forward? That's my position on things and we'll see how that happens in the future."

Patel said of Arthur's exit: "This is an important moment for the club, which is ready to move forward with new leadership, which will be vital in driving the change we urgently need. We know there is still much work to be done and more difficult decisions to be made. We need to rebuild the trust of the fans, the cricketing world and the public."

Arthur made no mention of Rafiq, the investigation and independent report into his claims or commercial backlash in his parting words.

Instead he offered a bullet-point list of the "many highlights" of his "eight fantastic years" at the club.

He signed off: "I would like to thank the members for their support over this period and wish the club all the very best in the years to come."

Arthur is one of six individuals called to give evidence to the Digital, Culture, Media and Sport select committee on Tuesday, a session covered by parliamentary privilege that will begin with Rafiq's testimony. 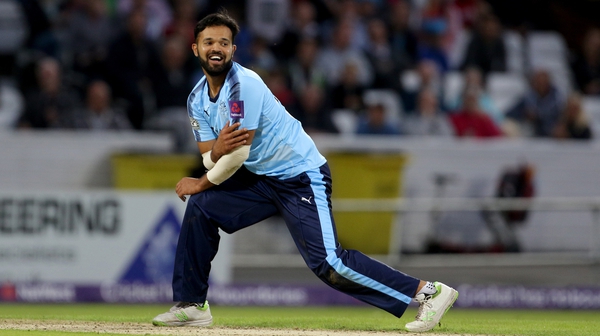