Quinton De Kock took the knee after he returned to the South Africa team to face Sri Lanka in the ICC T20 World Cup.

The wicketkeeper-batter was back in the Proteas XI for the Super 12s group one fixture in Sharjah, with Heinrich Klaasen the player to make way.

De Kock had withdrawn from the team to face the West Indies on Tuesday after he rebuffed a directive from the board for all players to take the knee during the rest of the tournament.

He later released a statement where he insisted he was "not racist" and just felt "his rights were taken away" in regard to being told to take part in the anti-racism gesture but had a change of heart following clear-the-air talks with the board.

Speaking after winning the toss ahead of the Sri Lanka match, South Africa captain Temba Bavuma said: "The team is feeling much better than we were a couple of days ago.

"We obviously had some time to get away with the thing that's been happening. Quinton is in a much better state. As a team we are good, we're ready for the game today." 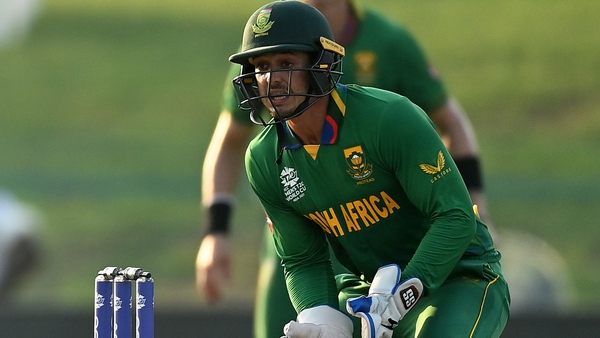