Ireland head coach Graham Ford is hoping the fell-good factor within the Irish camp will carry over into Wednesday's T20 World Cup encounter with Sri Lanka.

Buoyed by their opening win over Netherlands - where Curtis Campher became only the third player in history to take four wickets in four balls in a Twenty20 International - Ireland face a Sri Lankan side coming off the back of victory over Namibia.

The top two sides from Round 1 will enter the group stages, with Ireland facing Namibia in their final match on Friday.

Before that however lies the sternest test of the three.

Batter Kusal Perera has the ability to take a game away from the opposition, while among some formidable bowlers, Wanindu Hasaranga showed against Namibia what he has in his locker.

Ford, who has coached Sri Lanka on two previous occasions, has no injury concerns ahead of the clash in Abu Dhabi (2pm Irish time) and is hoping the growing confidence within the squad will translate against the pool favourites.

"Probably about half the squad I know pretty well, and the coach [Mickey Arthur] I know very well," Ford said.

"We know they are going to be a very competitive and energetic unit – they have had previous successes in this format in previous years and previous T20 World Cups.

"They have a special group – and have some players that can do some unorthodox stuff - but our lads have a lot of information on them, and at the end of the day it will be all about how we play on the day.

"So, it will be a huge game for us but I think it will be a really exciting challenge - we’ll focus on going out and really enjoying this opportunity.

"We pitched up against Netherlands with a real positive energy and commitment, and if we bring that again on Wednesday then we give ourselves a good chance." 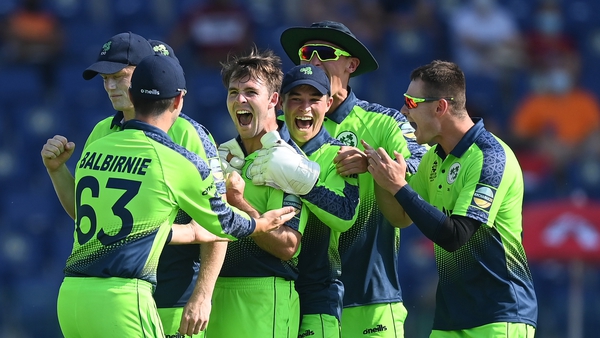