Kevin O'Brien says he "fell out of love" with the 50-over format of the game as he announced the end of his 15-year one-day international (ODI) career with Ireland.

The 37-year old Dubliner will shift focus to T20 cricket and speaking to RTÉ Sport's John Kenny, O'Brien explained his rationale for stepping away from a format that has earned him renown, records and accolades.

"It's been on mind probably for four or five months. So I think it's the right time to step away and let the guys try and take the team forward," he said.

"It's been a long career. I want to focus on T20 now with two World Cups coming up in the next 15 months which is good to look forward to and hopefully add to a few Test caps as well."

O'Brien added that the 50-over format was "the toughest physically" for him and can "take its toll".

"Trying to act like a young kid on the field, physically it was difficult for me to stay on the park and that kind of thing," he explained.

"But mentally, I think was the toughest challenge and as I said, I just fell out of love for the game and I just want to focus on T20 moving forward and Test cricket."

Further into the future, O'Brien says coaching is one option he is considering but also the possibility of becoming an umpire.

"Cricket's been great to me over the last 15-20 years, so for me it's staying within the game, whether that's as a coach or an umpire." 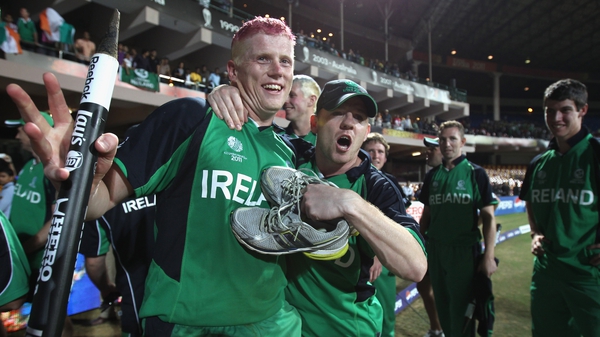