Despite the heroics of Paul Stirling, who hit his second century of the year, having also bagged a ton against the UAE earlier this month, Ireland will be disappointed with their overall performances in the defeats so far in the three-match series, which counts towards the 2023 World Cup qualification.

Lorcan Tucker, who made 83, offered a glimmer of hope for Ireland in the opening game, but having lost their recognised batsmen early chasing 288 for victory, Ireland's middle order couldn't get them over the line.

The decision to move veteran Kevin O’Brien to the top of the order has not worked with Gareth Delaney now pushed down the order as a pinch hitter.

36-year-old O’Brien has played well in tandem with Stirling in the T20 format, but O’Brien has only scored 27 runs in the four One Day Internationals against the UAE and Afghanistan, and 23 of those runs came in the first game against the hosts.

Likewise, captain Andy Balbirnie has only score 23 runs in his last three games coming in at number three, leaving Stirling to hold the innings together along with the Irish middle order.

The likes of Harry Tector, Curtis Campher and Simi Singh have contributed to Ireland's cause, Tector though looks a little tentative at the crease and could do with a big score.

The final match against Afghanistan would be a good place to start.

Despite recent five-wicket hauls from Singh and Andy McBrine, Ireland have let the Afghanistan batsmen dominate.

Firstly debutant Rahmanullah Gurbaz hit a century in game one while in game two Rahmat Shah, described by Niall O’Brien as the "Rolls Royce of the Afghanistan side", scored an unbeaten ton. Together with Hashmatullah Shahidi the pair added 184 for the third wicket as they easily chased down Ireland's 259 for 9. 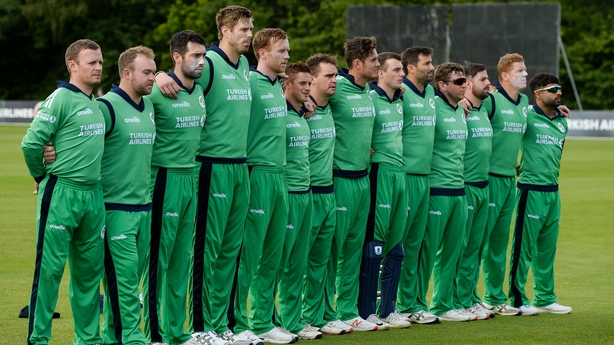 Balbirnie hinted after the match that there will be changes for tomorrow's game saying, "there are players in the wings waiting to go and that’s the beauty of this squad is that everyone is ready to go.

"It's not like those who have been picked haven't been trying. But we are a squad and have to be raring to go and get some points in the world cricket league."

If there are to be changes, could coach Graham Ford drop O’Brien down the order again and replace him at the top with the likes of Josh McCollum or Delany, or will they do the unthinkable and drop Ireland's greatest all-rounder altogether

In the bowling department Ireland's spinners Singh and McBrine have performed well on tour, while seamer Craig Young may find himself under pressure from left-armer Josh Little, a late call up to the squad.

Little was originally named in the 16-man squad, but in mid-December, he was forced to self-isolate after a close contact tested positive for Covid-19. He replaced the injured David Delaney at the start of January, but has yet to feature in any ODI.

The bottom line is that Ireland have to raise themselves to win the final match of the series.

It's not an easy task with two defeats behind them, and the fact that Rahid Khan, the world's best leg spinner, has still to fire leaves Andy Balbirnie’s side with a tough job on their hands.