Ireland Women's cricket head coach Aaron Hamilton is set to leave his role and return home to his native Australia after four years in charge.

Hamilton met with Cricket Ireland officials to discuss outcomes from a post-World Cup review last week and both sides mutually agreed to end his contract early.

"I relocated here from Australia in 2015 to take on what was going to be a major challenge, but after 17 years working in different sporting and cricket environments, I saw the role as a chance to push both myself and Irish cricket forward," he said in a statement today.

"It was obvious that the sport was entering a new phase, particularly with the start of the Toyota Super 3s in 2015 and the Academy only being a couple of years old."

"While qualifying for two T20 world cups were definitely highlights, what has been just as satisfying has been to watch the emergence of some great young talent, as well as the recent introduction of first-ever part-time professional contracts for six of our players.

"There is no shying away from the fact that Irish women's cricket is a few years behind the major sides in development, but there is no reason that - with the right support and investment - the Ireland Women's cricket team can become a competitive force in the sport." 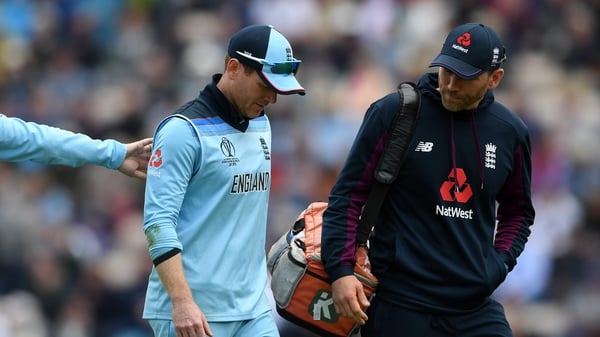 Morgan: England not at 'panic stations' over injuries