Irish cricketer John Anderson has announced his retirement from both international and inter-provincial cricket.

The 35-year old, who was born in Durban, South Africa, made his international debut for Ireland in 2012 and appeared 26 times for the national side.

His last match was against Scotland in November 2017.

Anderson’s highest first-class score of 127 came in 2013 against the Netherlands in an Inter-Continental Cup match in Deventer.

"It has been an honour and privilege to play for Ireland and it is one of the proudest achievements of my life," he said.

"I am immensely proud of all my contributions to the team, especially those in the I-Cup. I’d like to thank those at Cricket Ireland who believed in me and gave me the chance to play international cricket."

"I have also decided to step away from all inter-provincial cricket. It has been six extremely enjoyable and successful years with Leinster Lightning. Thanks to everyone involved for making it such a memorable time, in particular my team mates."

Ireland head coach Graham Ford said he will be a big loss to Irish cricket.

"I have known John for many years and he has always been impressive as a person and as a cricketer.

"As expected, he has been the model professional showing great commitment, dedication and support for his fellow squad members. He can be very proud of how he has operated as a squad member and of his cricketing contributions over the years." 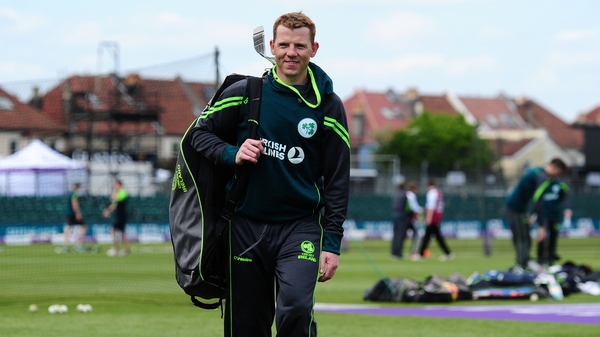