Ireland found themselves on the verge of victory. A World Cup encounter against Pakistan in the cauldron of the renowned Sabina Park in Kingston.

Trent Johnston stood primed, in position, awaiting the fast paced delivery of Azhar Mahmood, knowing that one more hit could secure the most unlikeliest of results.

The work had been done earlier in the innings in this rain-affected clash as Ireland’s bowlers had somehow dismissed Pakistan for a meagre 132, while the charismatic Niall O’Brien took on the might of their attack and grafted to a world class 72 to put Ireland within touching distance.

The Ireland captain, alongside Niall’s younger brother Kevin, had pushed the total on and Johnston didn’t disappoint as he smashed that little white ball high into the Jamaican sky and beyond into the celebrating spectators at Sabina Park. 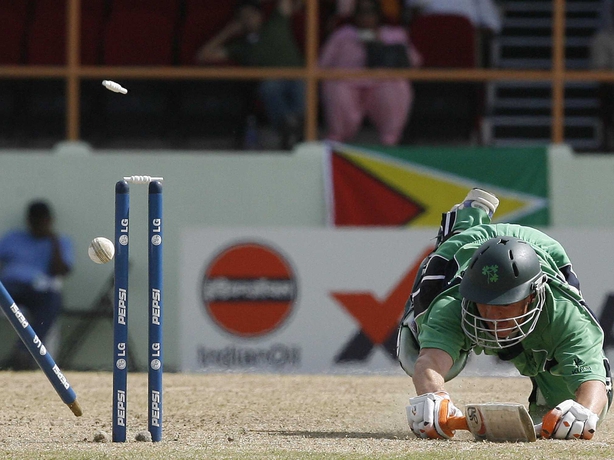 In what was presumed to be a two-week, near-novelty sojourn, rubbing shoulders with the Brian Laras, Ricky Pontings and Sachin Tendulkars of the cricketing world, Ireland, thanks to that victory, found themselves thrown into the unforgiving cauldron of the World Cup Super 8 stage and a further six matches against the top teams in the game.

Another victory would follow, beating Bangladesh in their penultimate outing, but in terms of exposure and achievement, the work had been done. Ireland had announced themselves on the world stage.

And if those back home were, up to that moment, blissfully unaware of this particular minority sport making worldwide waves, the images of the celebrating Irish left a lasting impression on those that mattered most, the ICC and the full members of the cricket family.

Trent Johnston joked after the game against Australia in the aforementioned Super 8s that he could not even see the ball as Shaun Tait gave the Irish team a harsh reality of what would be expected of them should they aspire to take on the big boys on a regular basis.

But that particular Irish selection need not have worried, as once the World Cup was done and dusted, the team found themselves back in the cricketing wilderness, returned to the merry-go-round of associate cricket, with another four years to wait until the next instalment of the blue riband event.

But while matters were out of their hands on the fixture front, Cricket Ireland kicked into life, buoyed by that Caribbean experience, which left a particular pleasing taste in their mouth – one that they wanted to sample further. 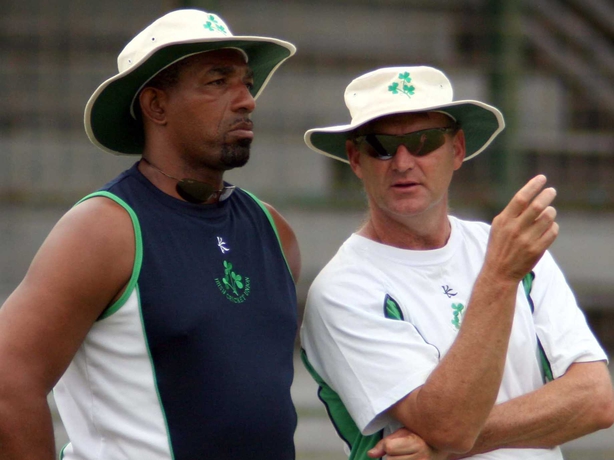 Adrian Birrell was the mastermind behind getting the team to the 2007 World Cup, but the affable South African moved on following that tournament.

Phil Simmons, the former West Indies Test player, picked up the baton and ran with it, bringing new ideas and stamping his own personality on the team, immediately planning for the 2011 World Cup.

But the biggest change came off the pitch. Warren Deutrom was appointed chief executive of Cricket Ireland and from that moment, everything changed, changed utterly.

The new man at the helm had a wealth of experience within the highest ranks of the game and when he spoke about playing Test cricket in the future, people no longer laughed. 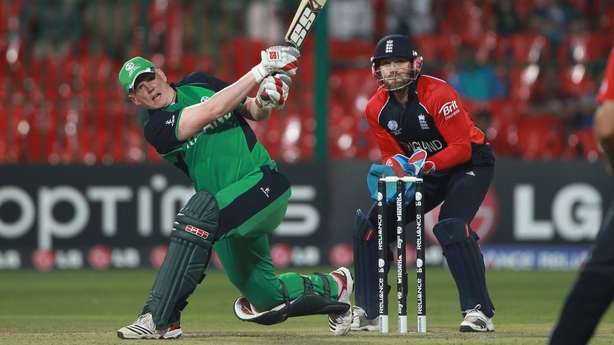 Ireland’s performances at the World Cups – they would go on and beat England in 2011 – and losing players to England – Ed Joyce, Eoin Morgan and Boyd Rankin – were very valid arguments for applying for full membership of the ICC.

Slowly but surely, Ireland began to build allies in their attempts to lobby the top table, which coincided with the astronomic rise of Afghanistan through the ranks, as the ICC eventually embraced the change and awarded full membership to both nations in 2017.

And so, on 11 May at Malahide Cricket Club, Ireland will play their first ever Test match, taking on Pakistan, which completes the journey from the 2007 World Cup to the realisation of the dreams of the entire cricket community throughout the island of Ireland.

Remarkably, throughout the cricketing world, only ten teams have been allowed to play this one particular format of the game, Test cricket.

The five-day format may be under pressure, with many focusing on the shorter forms of the game, however, Test cricket still remains the purest, and certainly one that every young cricketer dreams of achieving.

The future of Test cricket may be in jeopardy if the new generation fail to embrace the traditions and virtues of the sport, however, the here and now remains strong and vibrant.

Every member of this Ireland squad would have grown up with the great Test sides of the past 20-30 years and longed to don the whites to follow in their heroes’ footsteps.

The north Dublin cricket ground has been transformed into a stadium venue with over 6,000 seats brought in to meet the demand of the ever-growing amount of cricketing curiosities and enthusiasts.

This historic match will be beamed live around the world to an audience rarely, if ever, witnessed by an Irish sports team as the first of five day’s play gets underway at 11am on Friday.

Follow the match with our live tracker throughout on RTE.ie, and watch daily highlights every evening on RTE 2 and the RTE Player.