By John Kenny at Malahide

Despite a career best one day international score of 109 by Niall O’Brien, Ireland fell to a 51 run defeat to New Zealand in an entertaining Walton Tri-Nation series game at Malahide.

O’Brien did his best to hold up his end, but he ran out of partners throughout his innings and Ireland, who were 112 for 2 at one stage, were all out eventually 238 in the 46th over with O’Brien's magnificent innings not enough to help Ireland over the line

Earlier in the day Ireland won the toss and decided to field, giving a debut to 30-year-old Simi Singh, who was born in India, but who recently became an Irish citizen.

Luke Ronchi and captain Tom Latham put on a quick 50 in the first few overs before Gary Wilson took a steepling catch off Barry McCarthy’s bowling to get rid of Ronchi for 37 in the eighth over.

Latham quickly followed Ronchi to the pavilion when McCarthy had the New Zealand captain caught behind by O’Brien for 15, and having being in control early on the Black Caps were suddenly 55 for two.

However, a third-wicket stand of 84 between George Worker and the experienced Ross Taylor took the visitors into three figures. 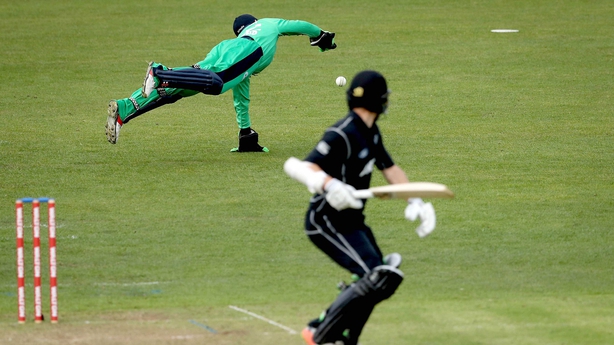 Taylor completed his half-century before he fell for 52 in the 30th over, caught at backward point by William Porterfield off the bowling of Kevin O’Brien to give the all-rounder his 250th Irish International wicket.

New Zealand found runs hard to come by in the middle overs on a slow pitch, but Worker made his 50 before he was caught on the boundary with his side on 194 by Singh to give Tim Murtagh his first scalp in the 39th over.

Broom accelerated the New Zealand innings in the latter overs, making his 50 off 42 deliveries before there was a short interruption due to a sharp shower.

The players were quickly back on the ground, though, but New Zealand efforts to post an even more imposing total, in only the third One Day International between the sides, were thwarted by three late wickets as Broom, Neesham and Chris Munro all fell.

In reply Ireland lost opener and captain William Porterfield caught at second slip in the 4th over for 12 with the score on 19 and Paul Stirling quickly followed making 14 before he became Scott Kuggelejin’s second wicket, bowled in the 6th over. 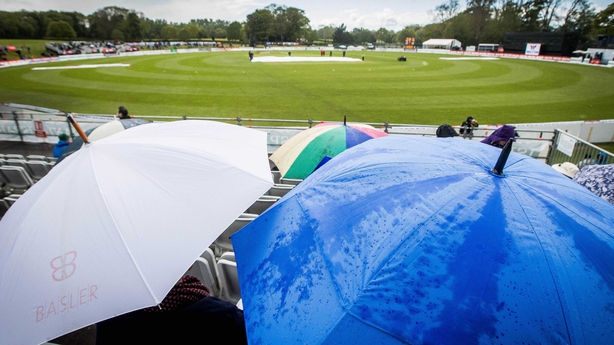 Niall O’Brien and Andy Balbirnie began the Irish rebuild at that point and they moved the score onto 112 by the 24th over, in between an hour's break for rain before Balbirnie was caught and bowled by Mitchell Santner for 38 breaking a promising partnership.

Kevin O’Brien made one before he was trapped LBW by spinner Ish Sodhl as the Irish innings began to wobble.

Niall O’Brien and Gary Wilson though put on a 65 run fifth wicket partnership before Wilson became Kuggelejin’s third victim when he fell for 30 in the 36th over.

With O’Brien's departure, Ireland's innings faded away with Barry McCarthy (6) Tim Murtagh (2 not out) and Peter Chase (1) all failing to hang around late in the innings

Irelands next game is in the series is against Bangladesh, also in Malahide, next Friday. 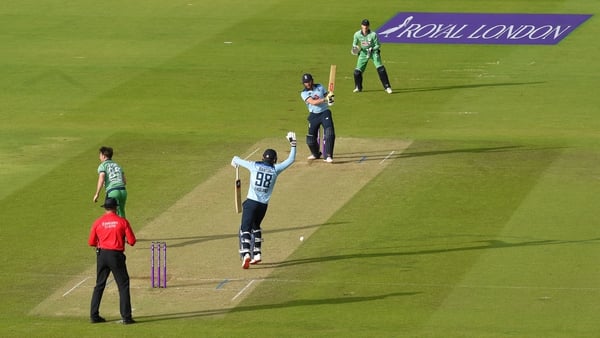