For Isobel Joyce, it will mark the next phase of an international career that began back in 1999 - two years before current team-mate Gaby Lewis was born.

In a glittering career for the Girls in Green, Joyce is one of three Irish women to make more than 100 appearances. Her twin sister Cecelia and Clare Shillington are the others.

She is Ireland's leading wicket taker with 119 wickets, and with 2009 runs lies third in the all-time aggregate list.

After skippering the side on 62 occasions, she hands over the mantle of captaincy to Laura Delany (pictured below). Just how difficult will the transition be?

"I've already experienced it in the Toyota Super 3 Series and I found that it was more difficult than I thought it was going to be at the start," said the Merrion all-rounder.

"There's new younger talent coming through all the time as well so that's keeps the whole thing fresh."

"It's having a different mindset not having to worry about what to do next, bowling changes, fielding positions, what other players are going through.

"Kim Garth, who is the new vice-captain, was in charge at the Toyota Super 3s so that helped me relax a bit and let me concentrate on my own game.

"There were a lot of younger players involved in the series and I really enjoyed encouraging them and the whole series has been a great experience and one that I thoroughly enjoyed without the pressures that captaincy brings."

Joyce, who turned 33 earlier this week, has been involved with the senior team now for 17 years.

"I've been lucky with injuries and form," she said when acknowledging her longevity.

"Irish cricket is where most of my long-standing friends are. Obviously my twin sister Cecelia is still very much involved, as is Clare Shillington and Ciara Metcalfe, who has been superb since coming back into the side.

"There's new younger talent coming through all the time as well so that's keeps the whole thing fresh and us older players on our toes. I still really enjoy my cricket and care about it so that's been major factors as well." 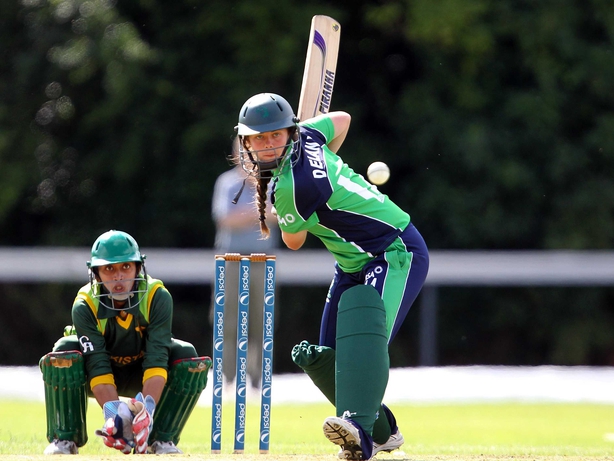 As to the challenge of South Africa, could Ireland turn them over next week?

"They're missing a few key players who are involved in the Kia T20 tournament in England but still have a very strong squad," Joyce added.

"There will be a few new faces in there but with video analysis there's very few surprises for international teams now. Hopefully we can make home advantage count and put it some strong performances over the next two weeks."