Ireland must resume their search for a new national academy manager after Chris Adams withdrew from the role he agreed to take up only two days ago.

Cricket Ireland, who revealed the appointment of the former England Test batsman on Wednesday, have had to announce Adams will not be joining them after all following a "change of heart".

Adams, a three-time County Championship-winning captain with Sussex, was to take over from Australian Craig Hogan, who is returning home for family reasons.

It is an uncanny echo of his decision, 10 years ago, to swiftly reconsider having agreed a role with Yorkshire as both captain and director of cricket.

The ex-Sussex captain, and Surrey coach, again quickly realised he was unable to commit to the new job after all.

On his 46th birthday, he said: "I have children who are at important stages of their life and education, and I realised that a move as a family would cause major disruption.

"I am very sorry to Cricket Ireland for the inconvenience"

"On reflection and through further discussion with my family over the last 24 hours, it has become clear to us that the situation is not going to be manageable.

"I really don't wish to put distance and time spent apart between myself and family, so I've unfortunately had to withdraw from the position.

"I am very sorry to Cricket Ireland for the inconvenience, but I'd like to thank them for their complete understanding, sympathetic approach and wish them a very successful future"

"Moving a family to a new city and country is never an easy matter, and he's obviously done some soul-searching before making a difficult decision.

"We will reflect on the best way forward for getting a suitable replacement and announce that process in the coming days."

Established in 2013, the Shapoorji Pallonji  Academy aims to identify and support the most talented young male and female players in Ireland, and provide them with a bespoke world-class player development programme in order to have the best possible chance of success on the international stage. 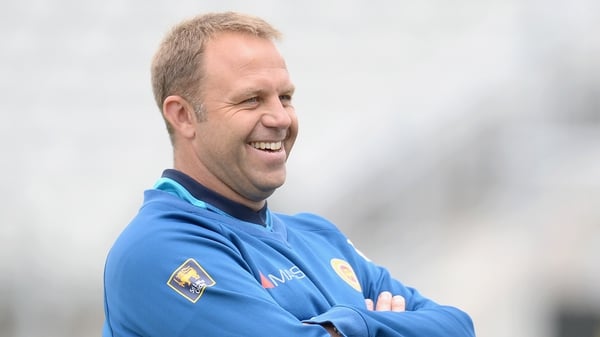