Cricket Ireland have outlined their plans to become a mainstream sport, with the goal of rivalling the popularity of the likes of football, rugby and GAA by 2020.

Although the Ireland team have made headlines in recent years through their performances when beating Pakistan, England and the West Indies at the World Cup, cricket wants a permanent place in the consciousness of the Irish public.

“We are launching a club fund to assist the clubs with grants for equipment and facilities in addition to the practical support we provide already."

"When we think of ‘major’ in Ireland, we think of GAA, rugby and football. Well, why not cricket too?" Deutrom continued.

"We need to shift perceptions of cricket as an elitist, exclusive sport to one that is open and accessible to all. We need to de-mystify the sport for the Irish public by making it visible, accessible, affordable and inspiring."

More games against full members is one way of achieving this aim, and Deutrom revealed two further fixtures for the men's senior team against Hong Kong in September, while extra funding for clubs is also at the forefront of their plans.

There are 11 ODI's already scheduled against Sri Lanka, Afghanistan, Pakistan, South Africa and Australia this year, while a further announcement of more ODI's in 2017 will be made tomorrow in Belfast.

In a further boost for the women's game, he also announced six home matches for Ireland Women against Bangladesh, in addition to the seven games already scheduled this summer against South Africa.

In his speech to assembled guests, Deutrom outlined the importance of club cricket to the success of the strategic plan, and announced a new scheme to help clubs grow in addition to the support currently provided by the governing body. 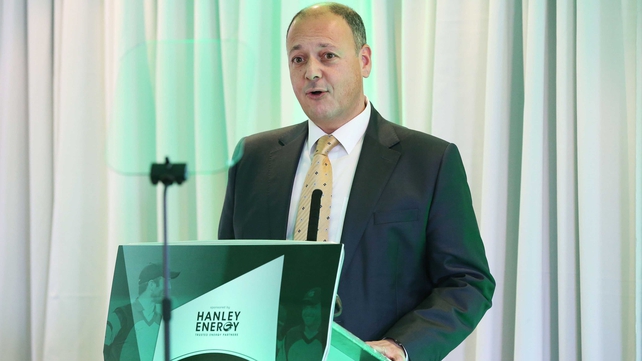 "The Cricket Ireland plan recognises clubs as the hub of the sport and places them at the centre of focus for grass-roots development, helping them benefit from the record number of participants at school and youth level currently enjoying the game.

“We are launching a club fund to assist the clubs with grants for equipment and facilities in addition to the practical support we provide already."

The KPC Group were unveiled as main team sponsor for the next three years as well as headline sponsor of the forthcoming home series against Sri Lanka and Pakistan, and the prestigious Cricket Ireland Awards.

And O'Neills have extended their kit sponsorship deal for a further four years to the end of the decade.