Ireland Women lost their final game at the World Twenty20, as a rampant Australian side brought the curtain down on their tournament in India.

The Southern Stars - who have won the last three T20 World Cups - needed to boost their net run rate in their quest for a semi-final berth. They inserted Ireland who, after a sluggish start, came to life with a flurry of boundaries.

The Irish openers failed to score from the first 11 deliveries, but Clare Shillington (22) broke the shackles with a towering maximum, and was in full flow with a trio of successive boundaries off Megan Schutt, before the medium-pacer got her revenge.

From 33 for 0 in the fifth over the Irish innings ground to an almost halt, as a combination of tight Australian bowling backed by athletic fielding saw the boundaries dry up.

Cecelia Joyce hit three fours in her 22 - but the Irish managed only two boundaries in the last 15 overs of their innings - a testament to the control Australia never relinquished after they secured the breakthrough.

That's it, all over! Australia have won by 7 wickets. https://t.co/rBeErSXjIJ pic.twitter.com/aU4M6Wla1D

In total there were 65 dot balls in the Irish innings - an amazing statistic which will give the Irish coaching staff plenty of food for thought in the forthcoming domestic season.

Australia were positive from the outset chasing their modest total. There were however two early successes for Ireland, as The Hills' coach Ciara Metcalfe continued her superb competition claiming 1-19, getting the breakthrough by dismissing Alyssa Healy (6), courtesy of a superb one-handed catch by skipper Isobel Joyce.

Kim Garth gave the Irish brief hope at 33 for 2 when she dismissed Meg Lanning - the number one ranked international women's cricketer - but that was as good as it got for the Irish.

A third-wicket partnership of 54 in 46 balls between Elyse Villani and Ellyse Perry put Australia on the brink of victory.

Elyse Villani stroked six boundaries in her 43 from 35 balls, before being well caught by Lucy O'Reilly at cover with just seven required, giving Pembroke seamer Kim Garth (2-22) her second wicket.

Perry finished unbeaten on 29 as Australia completed an emphatic win with seven wickets and 40 balls to spare. 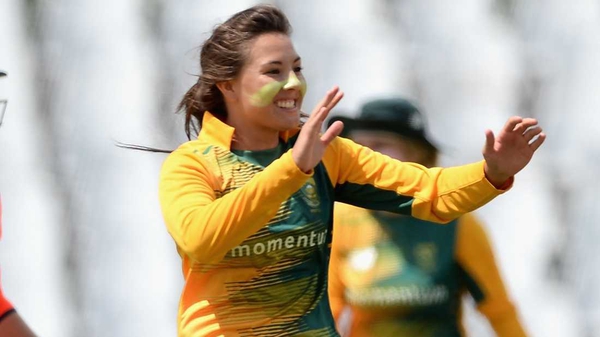 Ireland women yet to win at Twenty20