Ireland were edged out by Zimbabwe in a tense one day international encounter in Harare on Friday.

The tourists were beaten by two wickets in the first of their three-match series in Africa.

Sikandar Raza proved the batting hero for the hosts as his unbeaten 60 saw him shepherd the lower order to their 220 run target with six balls to spare.

Spinners George Dockrell (2-29) and Andy McBrine (2-52) had helped reduce Zimbabwe to 171 for 7, and at that stage Ireland had edged ahead.

However Raza held his nerve, finding a suitable ally in debutant Wellington Mazakadza (10) as they shared in a vital eighth wicket stand of 38.

Zimbabwe leapfrog Ireland in 10th place in the ICC rankings table, but the Irish have a chance of instant revenge when the teams meet again at the same venue on Sunday before the series concludes on Tuesday

Former Lisburn and Northern Knights batsman Craig Ervine was the other player to score a half century in the Zimbawe innings at the Harare Sports Club.

He struck five boundaries in a confident 60 from 78 balls, before becoming McBrine’s second victim.

Earlier Gary Wilson top scored with an unbeaten 70 as the Irish recovered from a middle innings wobble to post 219 for 8.

Wilson shared stands of 83 for the fourth wicket with Ed Joyce (53) and an unbroken 43 in just 28 balls with Andy McBrine (23 not out) for the ninth.

Their repair job saw the Irish reach 137 for 3 with 15 overs left and with a solid platform, hopes of a total of 250 looked feasible.

However Joyce’s dismissal saw the Irish lose five wickets for 39 runs - one of which was Kevin O’Brien (16) playing in his 250th match - and at 176 for 8, they were in deep trouble before Wilson and McBrine’s counter-attack. 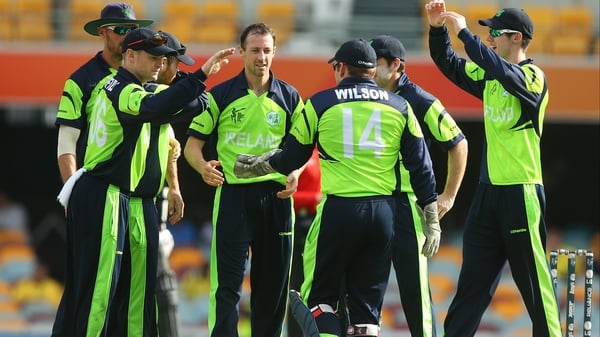