William Porterfield will captain Ireland against England as he makes his 200th appearance for his country.

The 30-year old is one of 13 players who featured in Ireland's recent World Cup squad in Australia and New Zealand.

Tim Murtagh returns for the Royal-London One-Day International after a foot injury, which caused him to miss the World Cup, while Peter Chase and Max Sorensen are the players left out.

"It's a great honour for me to have played 200 times for my country," said Porterfield, who made his debut against Namibia in 2006.

The May 8 encounter will be Porterfield's 80th ODI, and he will be hoping to add to his tally of seven centuries - the most by an Irish batsman. Fellow opening partner Paul Stirling comes second in the list, with five.

"It's a bit special for it to be against England in front of an expected sell-out crowd at Malahide," he said.

"I've happy memories personally from the last time we played them in Dublin, scoring a century, although the result didn't go our way that day.

"Hopefully in home conditions we can get the win that our fantastic supporters so richly deserve."

Chairman of Selectors Alan Lewis admitted that they had opted for the tried and tested: "It was hard to bring any new faces in with it being so early in the season," said the former Irish captain.

"We've named 14 in the squad rather than the usual 13 as there are some concerns over the fitness of Andrew McBrine, injured earlier this week.

"The Ireland A game at Lord's On Tuesday was ideal from our perspective and it was very encouraging to see both Craig Young and Stuart Thompson bowling so well.

"It's great to have Tim Murtagh back in the squad. He brings quality and experience to our attack, and there are fewer better exponents of swing bowling in early season conditions.

"Max Sorensen and Peter Chase miss out this time, but there will be plenty of opportunities for all players given that it's such a busy season cricket wise at senior and Inter-Provincial level.

"It was fantastic to witness Stuart Poynter score a brilliant century at Lord's this week, and knocks like that will certainly keep our established players on their toes.

"It's certain to be an electric atmosphere at Malahide, and we believe that with the players we have, we can get the right result. While there is respect for our opponents, the fear factor in Irish cricket has long gone."

Ireland still hope to have a new coach in place for the game - the process to replace Phil Simmons is still ongoing. 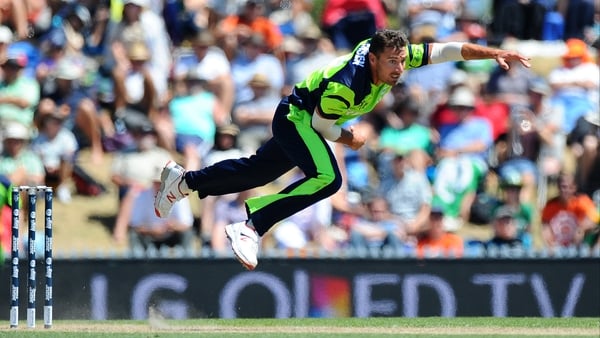 Max Sorensen: England was my favourite game for Ireland