It was a quick turnaround for the Irish squad after their win over Zimbabwe in Hobart on Tasmania on Saturday.

On they go now to Sedden Park in New Zealand for a game against the world champions India on Tuesday (1.00am start; live blog on RTÉ.ie/sport).

It was a relaxed day at the venue on New Zealand’s North Island, with no net session, replaced instead by a friendly ball game for Phil Simmons’ squad before their penultimate Pool B game.

Ireland have two chances to make the last eight: a win against India or against Pakistan next Sunday at the Adelaide Oval would put them though.

But there is no love lost between India and Pakistan, and some Indian supporters have used social media to call on their side to lose to Ireland in Hamilton, a result which would knock their near neighbours out of the competition.

Qualification remains in Ireland’s hands, but there is another scenario in which they could progress: if UAE were to produce a shock in their game against the West Indies next Sunday, Ireland would make the last eight even if they lose to both India and Pakistan.

It is all ifs and buts at this stage, but the bottom line is this: Ireland need one point from two games to make the quarter-finals. It is a big ask, but then, who would have thought they would have gotten this far in the first place?

India have already qualified and are the top team in Pool B. After Ireland’s emotional win against Zimbabwe, it may be difficult to come back down to earth and face one of the powerhouses of international cricket.

Ireland have played India on only two occasions in one-day internationals. The first was a nine-wicket win in 2007 in Belfast, the second a tighter affair when India won by five wickets with four overs to spare in Bangalore during the 2011 World Cup.

Ireland report no injury problems and the game looks like being a sell-out at Sedden Park. 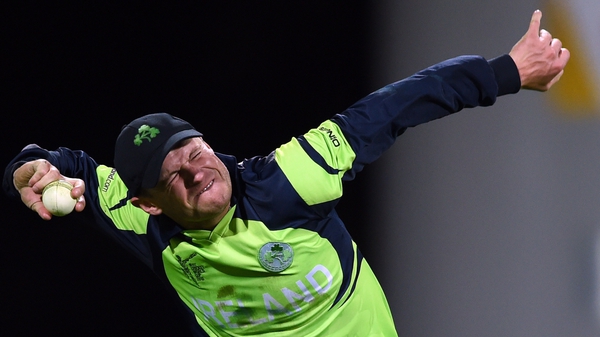