Zimbabwe have suffered a huge blow ahead of Saturday's Cricket World Cup clash against Ireland, with captain Elton Chigumbura ruled out due to injury.

Chigumbura had to be helped off the field during Zimbabwe's Pool B defeat to Pakistan on Sunday after injuring his knee trying to field the ball.

He did emerge later to score a run-a-ball 35 with the bat and was the last man out in Zimbabwe's 215 chasing 236, though it was confirmed on Tuesday he will miss the Ireland game.

A statement on the Zimbabwe board's official Facebook page confirmed a "third grade tear of his quadriceps muscle", with team manager Christian Chiketa adding: "The physiotherapist is working hard to try to get him ready hopefully for the India match."

Zimbabwe, who face India in their final pool match on March 14, are currently fifth in the table and have just the one win - against United Arab Emirates - to their name. 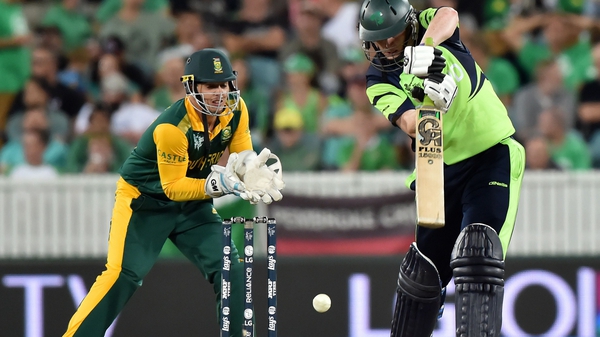