Matthias Mayer won the men's Olympic downhill gold medal to get Austria off to a perfect start in the Alpine skiing competition,  according to provisional results.

On a day when the big favourites failed to shine, Italy's Christof Innerhofer took the silver and Norwegian Kjetil Jansrud the bronze.

Mayer, who started 11th, is the son of 1988 super-G silver medallist Helmut. His gold medal provided an immediate boost for a men's team who failed to win a single medal in Vancouver four years ago.

Favourites Bode Miller of the United States and Norway's Aksel Lund Svindal, the downhill world champion and 2010 silver medallist, failed to live up to their pre-race billing on an overcast day on the Rosa Khutor piste.

Miller, 36, was bidding to become the oldest man to win an Alpine gold at a Games but was eighth after all the top skiers had finished.

American Jamie Anderson laid down the best run of the day to clinch the first Olympic gold medal in women's snowboarding slopestyle at the Sochi Games on Sunday.

The 23-year-old Californian scored 95.25 on her second run to blow away the competition, leaving Enni Rukajarvi of Finland with silver and Jenny Jones the bronze - Britain's first Olympic medal in a snow event. 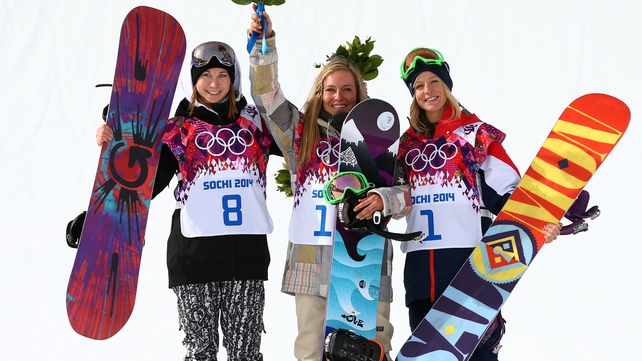 Anderson's victory also gave the United States a sweep of the gold medals in snowboarding slopestyle after Sage Kotsenburg won the men's event on Saturday.

There was also a reminder of the dangers of the sport when Sarka Pancochova, who had led after the first run, botched a jump and landed with a sickening thud on the snow.

The 23-year-old appeared to lose consciousness as she slithered down the slope before being helped to her feet and making her way groggily to the bottom, where she showed her rivals a huge crack in her helmet.

Austrian Anna Gasser, who set the best score in qualifying, could only manage 10th place, perhaps unsettled after setting off too early on her first run and then failing to get back up the icy slope in farcical scenes at the start. 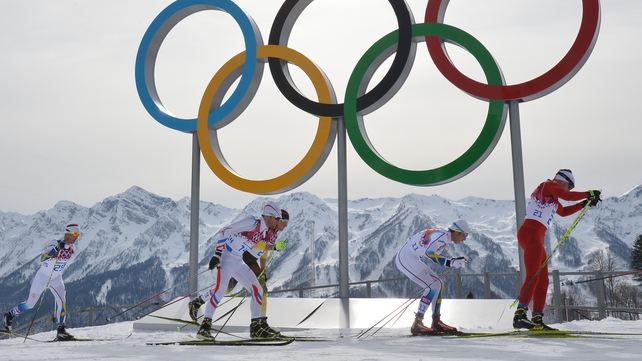 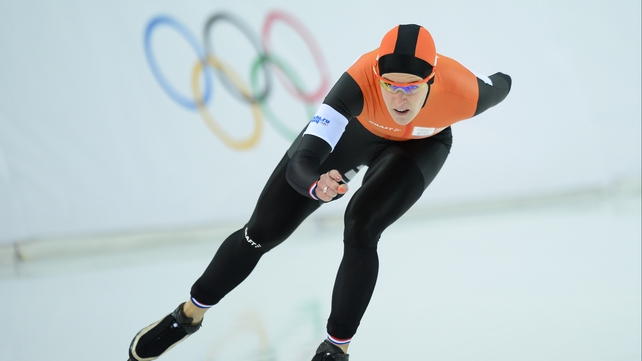 Wust, with her fingernails painted red, blue and white in the colour of the Dutch flag, made a blistering start before hanging on to eclipse the time of defending champion Sablikova by 1.61 seconds. 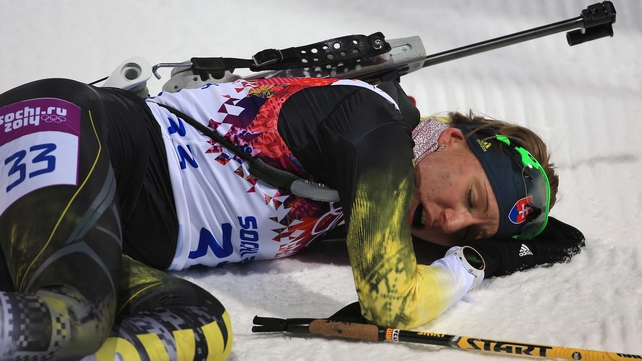 Slovakian Anastasiya Kuzmina shot a perfect 10 out of 10 on the way to become the first woman to retain her Olympic biathlon 7.5km sprint title.

Russian-born Kuzmina, whose brother Anton Shipulin missed out on a bronze medal for the host nation by a fraction of a second in the men's sprint on Saturday, skied flawlessly to claim her second Olympic title.

They could not match Kuzmina's impressive form on the skis as they finished a massive 19.9 and 21.7 seconds off the pace respectively. 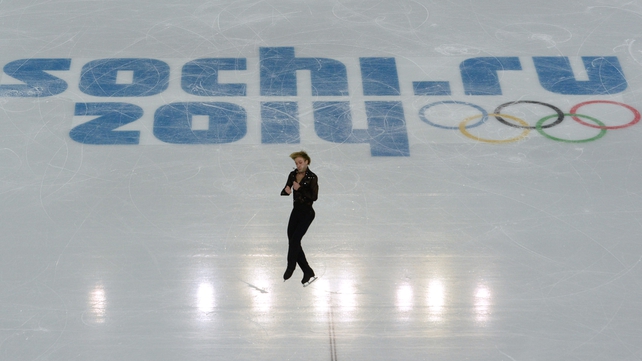 Plushenko was roared onto the ice, cheered throughout his free skate and then had the hollering crowd on their feet as he theatrically finished off his routine with a spin.

His score of 168.20 for a solid, if rather slow-paced, routine earned Russia 10 points.

Later in the day, Kamil Stoch of Poland won his country's first gold medal of the Games in the men's normal hill ski jumping. 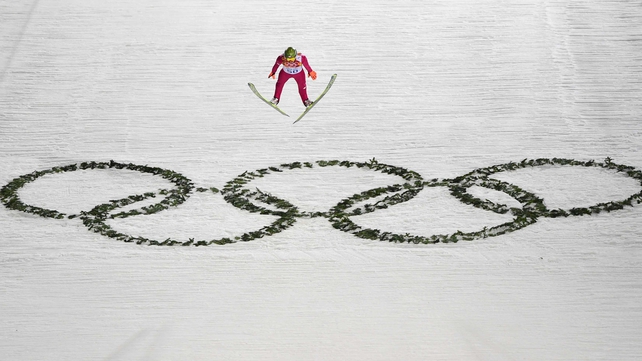