An Aaron Finch century consigned England to a six-wicket defeat in the first one-day international against Australia in Melbourne.

On another forgettable day for England, which started with skipper Alastair Cook failing to survive the first over, Finch hit 121 from 128 balls as Australia cantered to a victory target of 270 with 4.2 overs to spare.

The opener profited fully after Gary Ballance, who earlier hit 79 in England's 269 for seven, put down a simple chance when he was on eight to reach his second ODI ton.

With David Warner he set up the chase with a 163-run opening stand – a record for Australia against England.

Cook's side had their chances to sever their union far earlier, most notably Ballance when he got two hands to a catch he should have taken at mid-off to deny Chris Jordan a wicket his early probing just about deserved.

A contentious moment then denied England the scalp of Warner, when he was on 22 en-route to 65.

Jos Buttler claimed a catch behind, which the opener initially accepted before the standing umpires called for a review.

Television replays were not as unequivocal and TV official Kumar Dharmasena decided to call Warner back after he had already made most of his way to the boundary's edge.

It was a moment to sum up England's flagging fortunes on this tour, which sees them still without a win since their arrival Down Under in late October. 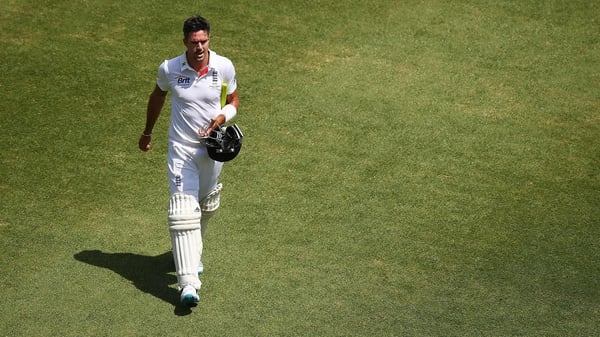