The swashbuckling batsman hammered a 58-ball 123 to become the first player with two centuries in Twenty20 Internationals as New Zealand posted 191 for three wickets at the Pallekele International Cricket Stadium.

The batsman, who turns 31 next week, hit seven sixes and 11 fours in a highly entertaining innings to better the record of South African opener Richard Levi whose unbeaten 117 earlier this year against New Zealand was the highest individual score in this format.

Bangladesh simply crumbled under the run mountain and managed 132 for eight wickets, largely because of Nasir Hossain's gritty 50.

McCullum cleared the boundary at will and one of his sixes came when he came dancing down the track to swat a short delivery from Mashrafe Mortaza over long-off boundary in a shot that looked more like a tennis forehand.

“I was trying to maximize in the last couple of overs," McCullum told reporters when asked if he was chasing any milestone.

"We needed to put on partnership and make sure we try to maximize ourselves and certainly not records of anyone, " he said.

Put into bat, New Zealand lost Martin Guptill (11) in the fourth over but McCullum and James Franklin (35) added 94 run in the next 10 overs to lay the foundation for a big total.

McCullum, batting on 92, was lucky to get a reprieve when Mortaza dropped him at extra cover off Elias Sunny.

The batsman celebrated by hitting the left-arm spinner for two boundaries and a six in that eventful over to complete his century.

Bangladesh struggled early in their chase, losing their scoreless opener Tamim Iqbal to the third ball of the innings sent down by Kyle Mills (3-33) who claimed two more top order wickets to derail the chase.

His new ball colleague Tim Southee (3-16) removed the other opener Mohammad Ashraful (21) and returned to claim two more as Bangladesh finished well short of their target.

New Zealand meet Pakistan in their next Group D match on Sunday, two days before Bangladesh play the same team. T wo top teams from the group will proceed to the super eight. 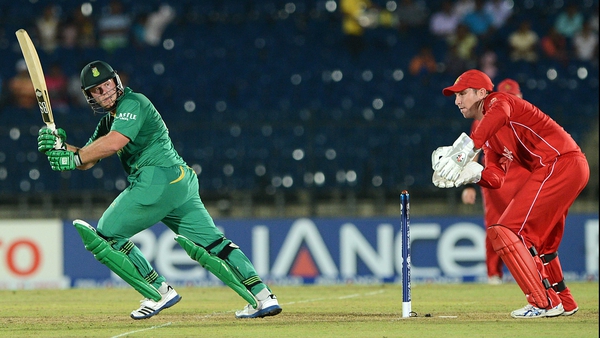