Ireland's Thomas Foley exceeded even his own expectations to finish an excellent 31st of the 82 starters, 38 of whom failed to finish the demanding course, in the men's Alpine skiing giant slalom at the Turin Olympics on Monday.

The Kenmare man had an aggregate time of 2minutes 57.4seconds after his two runs, leaving him 22.42secs behind gold medallist Benjamin Raich of Austria.

Raich took the gold after first-leg leader Francois Bourque of Canada faltered over the 1,490-metre-long course.

Frenchman Joel Chenal, 32, captured his first Olympic medal with silver, just 0.07s behind Raich, and Austrian Hermann Maier added a bronze to the super-G silver he won on Saturday.

American Bode Miller produced a charging second run to move up from 12th after the first leg but could finish only joint sixth. Canadian Bourque finished fourth.

Foley caught the skiing bug as a youngster and continued his development after he worked a ski season and began racing.

"The race was tough, especially for those guys with less experience in World Cup conditions. It was very, very icy in parts," he said.

"But it's important that it's the same for everyone. You have to get the right training to deal with those conditions."

Foley said he had initially been overwhelmed by the presence of skiing greats such as American Bode Miller and Austrians such as Hermann Maier and Benjamin Raich.

"The first time, it is really daunting to be surrounded by such great skiers. But you get to know them a bit and talk to them a bit, and realise they're ordinary guys who ski very fast," said Foley. 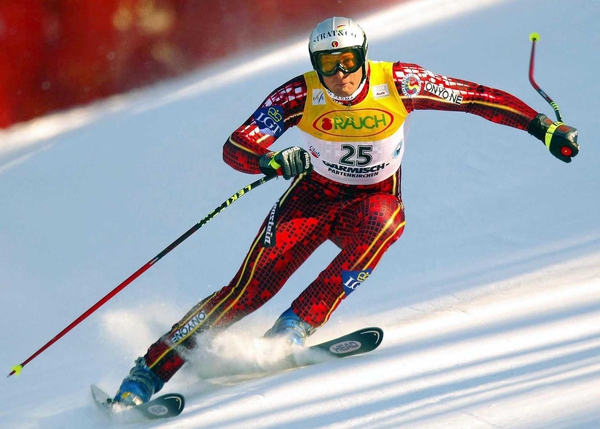