Will we ever learn, particularly when it comes to Kilkenny?

Hurling or camogie, so many of us on the outside have them slated for transition and they go and give us a bloody nose, one more time.

Just like the hurlers, the camogs are still in contention approaching the last hurdle. With old rivals Cork blocking their path, they will hope to go one step further than their male counterparts however.

That they are the bookies' favourites to do so is all the more remarkable given the retirements of Davina Tobin and Collette Dormer, and Meighan Farrell taking at least this year out to go travelling. Then a fourth first-choice defender, Kellyann Doyle suffered her third cruciate ligament injury and soon after, her sister Aoife was struck down by the same curse.

But we forget that every player has a shelf life. We forget too, when making broad sweeping statements suggesting a period in the doldrums, about the potential of those stepping in, and the improvements that can come from playing regularly. In a way, it’s a direct insult to those stepping in, though it isn’t meant as such. 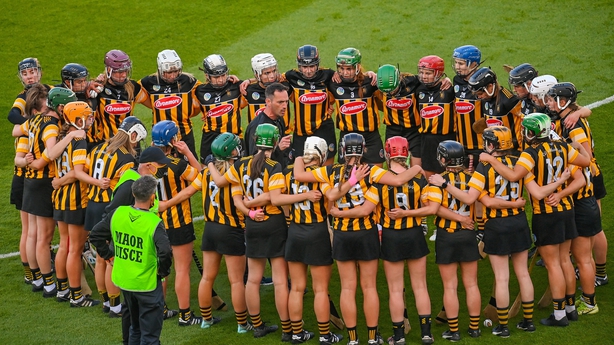 Laura Murphy, like Tiffanie and Steffi Fitzgerald and Michaela Kenneally, has grasped the opportunity presented to her, while Julianne Malone has returned to the fold after a three-year absence when travelling herself.

A brilliantly economic finisher who was player of the match when Kilkenny won the All-Ireland in 2016, Malone has added significantly to the attack.

Murphy came on as a sub when the Cats last climbed the summit in 2020. That was another year where they were supposed to be in transition. Remarkably, with Anne Dalton and Anna Farrell also having retired, seven of that team are no longer available and yet here they are.

Murphy was also introduced from the bench in last year’s one-point semi-final loss to Cork. Now the 25-year-old is firmly established and her second-half goal was the pivotal moment as the Cats took down champions Galway in the semi-final a fortnight ago.

She followed up with a point, repaying the faith of her O’Loughlin Gaels clubmate Brian Dowling and his brains trust of Tommy Shefflin, Ray Challoner, Philly Larkin and Pat O’Neill to push her into midfield in a bid to turn things around. 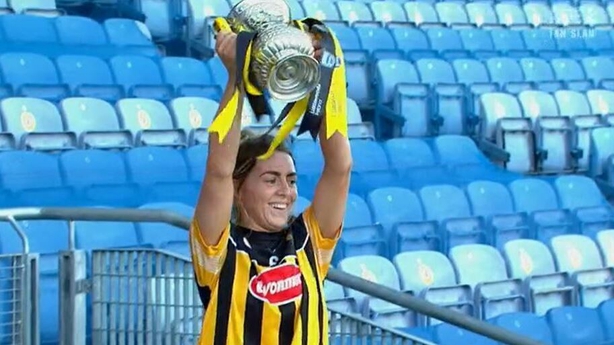 "Losing the likes of Collette Dormer, Meighan Farrell (pictured above), Davina Tobin – they’re household names. But you look back on the semi-final and think, would certain players have developed as quickly as they have if they were there? If Meg Farrell was there, would I have the opportunity to play midfield? It just gives other players an opportunity to step up to the mark. That was an opportunity again that we all had to raise our game and that’s what happened. Everyone worked their socks off.

"There probably was that chat going on outside the group but everyone tries their best to stay focussed on the task ahead, and that’s take it game by game. Regardless of who’s missing from the panel or who’s there, there’s 30 girls all working to try get a place on the team, regardless of where that is on the pitch.

"That’s sport at the end of the day. No matter what sport you’re playing, when the opportunity arises you have to take it and prove people wrong and those comments wrong.

Murphy continues: "The lads are so fair in terms of giving people chances. They give you every opportunity to try prove yourself. Once you have that opportunity you have to just grab it.

"I’m delighted with how my year has gone so far. I wasn’t starting at the start of the year. I started to make my way onto the team come championship. Even when it comes to training, you’re always trying to take one of the jerseys. Someone has it and then it’s up to whoever else to take that jersey off you, or you to keep it."

A half-back or midfielder by trade - "I had a brief stint in the forwards, but I was whipped out fairly quickly!" – Murphy wouldn’t often pop up within 30m of the opposition posts. And she doesn’t know what brought her there six minutes into the second half to smash the goal that gave Kilkenny the lead.

"I don’t remember much of it now, to be honest. I had a look back (on video). It was a right-place-right-time kinda situation. Katie Power found me in a bit of space with a super pass. I didn’t think I was far out and just saw the goal in front of me and took a shot and thank God it went in.

"I think if you asked any of the lads to predict a goal scorer on the team, they might have put Aoife Norris ahead of me! It was a special moment. I was lucky it came off. When I took the step, she went the other way. It was just lucky in the end."

In truth, there was nothing lucky about it. This was instinct, something that came naturally even if the situation was not a common one, because the skills and footwork had been crafted and honed in the ball alley and pitches of the Gaels, then polished under the tutelage of Dowling and co.

A teacher of Irish and history at St Colmcille’s Community School in Knocklyon on Dublin’s southside, Murphy knows the battle that faces her and her team-mates against Cork, particularly around the middle third, where she, Denise Gaule and Katie Power are likely to be deployed in opposition to the likes of Ashling Thompson, Hannah Looney and Chloe Sigerson.

"Ashling Thompson is one of the greats. She’s been around for so long. She had a super impact when she came on the last day (against Waterford). She definitely turned the game for them. I have no doubt she’ll have a big impact again.

"There’s a huge rivalry with Cork… Heartache last year in the semi-final when we lost by a point. There’s been a few close encounters with Cork. They’re a super team and they’ll be very, very tough."

Winning the Covid final was strange but cherished, viewed as a positive experience during a horrible time, rather than something denied of them with no crowds.

It will be nice to walk out to the ovation of the stands this afternoon but at this level, it is the winning that counts.

"2020, no family, no crowds it was a weird one but I was delighted to have a part to play. It was a really special one. We hadn’t won since 2016. It was a strange year and it was great to have something positive, even for our own families, to bring home to them.

"I can’t wait now (for this one). They don’t come around too often so I’m just trying to focus on the game. One job ahead and that’s the 60 minutes in Croke Park. Whatever else happens around that, that’ll all be sorted for us. Our job is just to go out and hurl for the 60 minutes."