Galway captain Sarah Dervan is expecting a titanic tussle when Cork and Kilkenny lock horns on Sunday afternoon, but thinks the leaders in black and amber could prove decisive in bringing the O'Duffy Cup back to Noreside.

The long-standing rivals meet in the Glen Dimplex All-Ireland Camogie decider and going on past encounters, there should be little to choose between the sides.

The Rebels had one point to spare over the Cats in last year’s semi-final, while they also won out in the 2018 and 2019 finals by the bare minimum. Two years ago, en route to All-Ireland success, Brian Dowling’s side enjoyed a two-point win over Cork at the penultimate stage.

This year Cork rallied to get past Waterford at the semi-final stage, while the Cats dethroned reigning champions Galway, whose captain Sarah Dervan was very impressed by Kilkenny’s rearguard display on the day.

"They (the defence) were brilliant," she told RTÉ Sport. "Aoife Norris in goals had an outstanding game. I think she denied us two or three times and came out as an extra defender.

"The half-back line sits and protects the house."

Matthew Twomey is looking to lead his Cork team to a first All-Ireland title in four years and with space likely to be at a premium, expects the role of centre-back Laura Treacy to be key for the Rebels.

"Cork tend to play with Laura Treacy as a sweeper. Cork work the ball through her, not afraid to go lateral across the pitch to make sure she is on the ball. She creates attacks by being the overlap."

In a game likely to be decided by small, the two-time All-Ireland winning captain feels the spoils could fall the way of the Cats.

Cork will come into the game full of confidence, but I think Kilkenny will have that little bit extra

"Kilkenny seem to have different leaders on different days. I’m giving them the nod by a point or two, but in saying that, I think Cork will relish this opportunity and are probably coming in in the best way possible, not playing overly well in an All-Ireland semi-final.

"Cork will come into the game full of confidence, but I think Kilkenny will have that little bit extra." 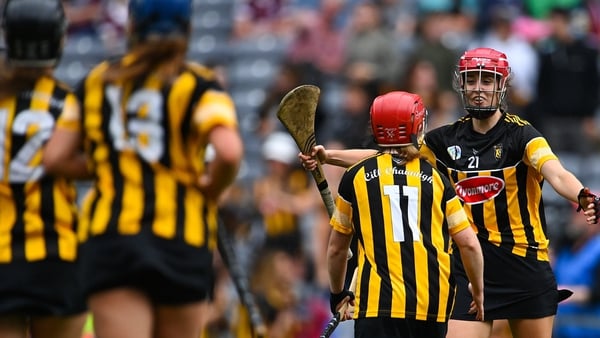 Adrian O'Sullivan: 'Kilkenny have so many players that can damage you'