Motivation is never in short supply before a big final but for Kilkenny, there is a lot more riding on victory in Sunday's Glen Dimplex All-Ireland Camogie decider against Cork.

Two years ago, the Cats got their hands on the ultimate prize but the opportunity to revel in that glory was something they couldn't share as widely as they would have liked.

The Covid-19 pandemic meant Croke Park was devoid of the black and amber clad supporters and restrictions in place curtailed further prolonged celebrations.

It lives long in the memory for Kilkenny manager Brian Dowling, given it was his first championship in charge, as well as for his players as they aim to reclaim the O'Duffy Cup against a Cork side which beat them in the 2017 and 2018 finals.

"It is a lot different because we won in 2020 and the final was in December, then Covid hit again and I think we did not see the girls for four months after that because everything was in lockdown again," said Dowling, who acknowledged that the lack of a crowd possibly suited his side that December day against Galway.

"When we came back from 2020, it was very, very strange, we were All-Ireland champions but we never got to celebrate it properly.

"Last year was a challenge to be honest, I think we were flat for most of the year. We were very competitive, we only lost two games by a point to Galway and Cork but we just never really hit our top form."

While celebrating fully was out of the equation, winning in 2020 ended a run of three final defeats in a row and Dowling admits had they lost a fourth on the trot, an exodus of players may have followed.

"To lose that, I do not know whether some of them would still be playing today," he said.

"I just think there was so much baggage there, that year there was a cloud over us and it finally lifted after that match."

There has been an evolution of the panel in any case since then but last year ended with a semi-final defeat to Cork. Not that exacting revenge against the Rebel County is foremost on the Cats' minds ahead of Sunday's showdown for a couple of reasons.

"I suppose it is not revenge. This year was just about building again because we have lost so many players from last year," said Dowling.

"It was just about trying to get our team right and I suppose we targeted the Leinster championship early on in the year. We won that and that gave us a lot of confidence.

"But we did not really know where we were until we went up to Athenry and we knew leaving Athenry we had a decent team and we were able to put it up to Galway.

"Then we got Dublin in the quarter-final, got Galway again and to beat Galway was great because we have a lot of new girls and that gave us a bit of confidence now going into the final hopefully."

The other reason is the esteem Dowling holds the Cork contingent and their manager Matthew Twomey in.

"Look, there is a rivalry there and there is a huge amount of respect," he said. 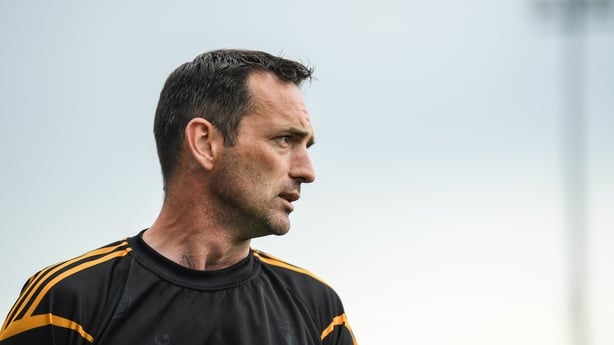 "I have a lot of respect for this Cork team. I had a personal tragedy during the year, my uncle died and I must say a lot of the Cork players and Matthew himself contacted me and offered their condolences. That meant a huge lot at the time and they did not have to do that.

"For 60 minutes on the pitch, we will be rivals but we will shake hands after and hopefully the best team wins."

Injuries have also affected the group in the lead-up to Sunday but Dowling is keen to take a glass half full approach.

"It is tough but look I suppose maybe if you have the same team all the time things gets a bit stale," he reasoned.

"You know there is a bit of freshness there. I think we had that in 2020 when we lost players as well and we brought in new girls.

"They were brilliant for us that year and it is the same thing this year. The new girls have stepped up. I think the experienced girls feed off that new energy that these new girls bring into the group."

Whether that will be enough to get over the line against Cork this time is something only time will tell but Kilkenny are driven by the fact that they have won just two of their seven finals since 2013.

"We can't change the past, we have lost a lot of finals and we can’t change that," he said. 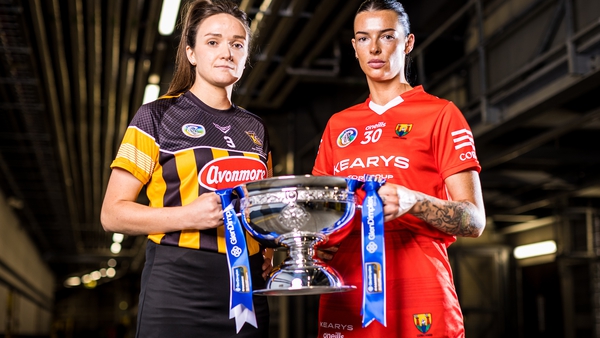