Waterford ended their quarter-final hoodoo thanks to an authoritative first-half performance during which eight different players scored, securing an historic first appearance in the last four of the Glen Dimplex All-Ireland senior camogie championship at the fifth consecutive attempt.

The Déise's forward division relished the sweltering conditions and hard sod at FBD Semple Stadium, and the space offered by an overrun Limerick defence as they galloped away to a ten-point triumph, which set up a final-four meeting with Cork.

They did become very sloppy in the second half however, during which Limerick played with just 14 players after the sending off of Sophie O’Callaghan just before the interval and scored only 1-1 in that latter period.

Credit must go to Limerick for continuing to box on, Rebecca Delee leading the resistance in the first half and Caoimhe Costelloe scoring some stupendous points on her way to finishing with nine.

Limerick finished with 13 players, as Muireann Creamer received a second yellow card, but they will have plenty to build on next year.

The damage was done in the first half, when Waterford exploded from the stalls with pace, precision and destructive movement.

Though there were a number of outstanding performers in white and blue, Iona Heffernan, Lorraine Bray, Abby Flynn and Niamh Rockett among them, Beth Carton was phenomenal in the first half before drifting out of things like most of her colleagues in the second half - Bray among the rare exceptions.

Scoring a goal and seven was notable in itself but it was the De La Salle markswoman's all-round contribution that stood out. 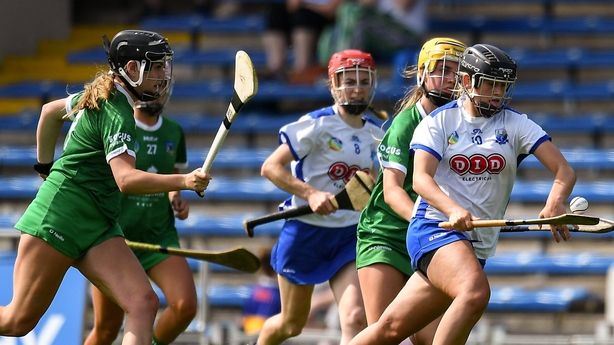 Included was a number of quality assists, with one pass for a Rockett point bordering on the ethereal, while Carton also found long-time ally up front with a tremendous diagonal ball for the first of the St Anne star’s two goals after three and a half minutes.

Having struggled at times with her free-taking this year, Carton was unerring converting, as Costelloe did, from most angles and distances.

With little more than ten minutes played, Waterford had a goal and eight points on the board with five different scorers to lead by eight.

Costelloe drove over from a 66m free before Delee gave her side hope with a brilliant goal, a howitzer back into the far corner of the net while running in the other direction that left Brianna O’Regan rooted to the spot.

The response was notable though, Waterford hitting the next goal and four points. Carton provided the major, having earlier rifled just over from a similar position, running onto a through ball from Bray after the Déise had won another puckout, and then surviving a heavy challenge to drill low beyond Claire Keating.

It was 2-15 to 1-6 at half-time and with O’Callaghan sent off for injudicious use of the hurley just before the short whistle but Waterford never reached the same pitch after the restart, dropping the sliotar and losing their accuracy when attempting to link up. 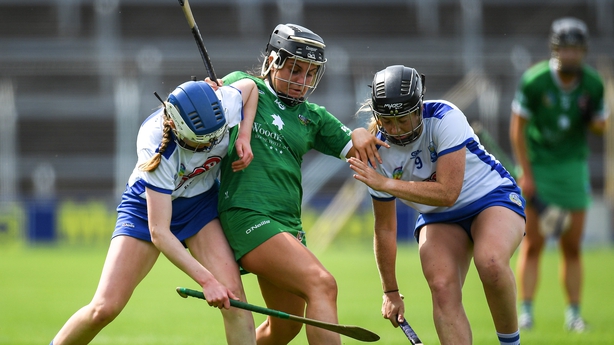 To be fair, the result was never in doubt, Rockett living up to her name when blasting her second major in the 42nd minute having been found by Bray but Costelloe provided the next four points, and Keating was unlucky to see her sally forward from between her posts to take a 50th minute penalty go unrewarded, her powerful shot ricocheting off the inside of the post to safety.

Bray concluded the scoring with a delightful shot when skipping back onto her left and Waterford were through to the Glen Dimplex All-Ireland senior semi-final for the first time, where they will face the Rebels. 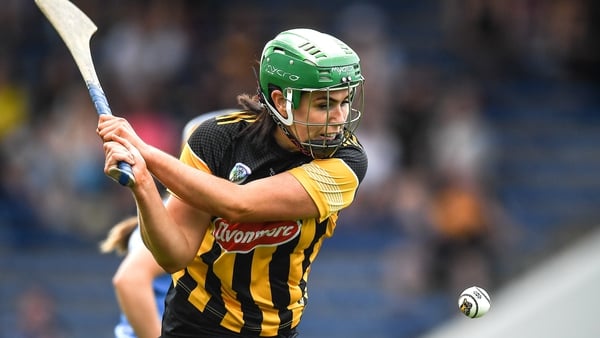