Amy Broadhurst and Carly McNaul have qualified for the quarter-finals of the world championships in Istanbul.

Both fighters are now just one win away from securing a medal at the prestigious Turkey tournament.

Broadhurst, fighting in the 63kg division, dominated her Bulgarian opponent, Sezgin Aslahan Mehmedova, in Sunday's round of 16 contest, taking a unanimous 5:0 decision.

McNaul secured a split-decision victory over Nikolina Cacic of Croatia to progress in the 52kg division.

🚨🚨🚨 #IBAWWC2022 result:#TeamIreland's 52kg Carly McNaul has won through to the Quarter Finals, with a 4-1 split win over Nikolina Cacic of 🇭🇷

Niamh Fay came out the wrong side of a very close 3:2 split decision against Romania’s Lacramioara Perijoc, while Caitlin Fryers and Kaci Rock were also eliminated from the competition on Sunday, losing to Italian and Ukrainian opponents respectively.

The quarter-finals begin on Monday with four Irish boxers still in contention for medal success, as Michaela Walsh and Lisa O'Rourke have already qualified. 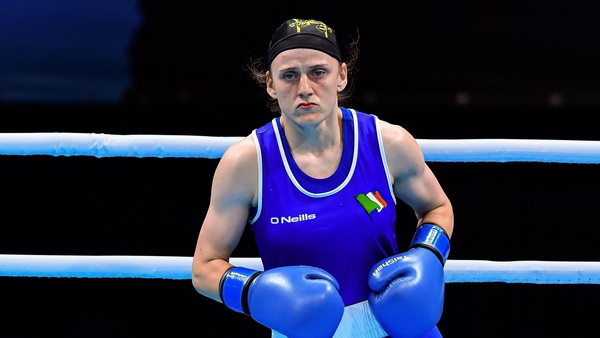 Walsh one fight away from medal in Turkey