Anthony Joshua's reign as world heavyweight champion was ended and a 'Battle of Britain' against Tyson Fury is in tatters after Oleksandr Usyk claimed a stunning unanimous decision win at Tottenham Hotspur Stadium.

Usyk was giving up three inches in height and another one in reach, as well as nearly 20lbs in weight, but the former undisputed world cruiserweight champion's technical acumen came to the fore in an electric atmosphere.

Joshua finished the bout slumped against the ropes as his smaller foe looked for a dramatic finish and, while it was not forthcoming, Usyk claimed the WBA, IBF and WBO titles after he was given the nod by all three judges.

Scores of 117-112, 116-112 and 115-113 were just reward after a near-masterclass from the unbeaten Usyk, who became only the third fighter after Evander Holyfield and David Haye to win world titles at cruiserweight and heavyweight.

Joshua, who was obligated to face WBO mandatory challenger Usyk after a bout against Fury fell through earlier this year, seemed accepting of the result when the scores came as he suffered just the second defeat of his career.

Usyk reflected on a job well done after out-boxing Joshua.

"This means a lot for me. The fight went the way I expected it to go. There were moments when Anthony pushed me hard but it was nothing special," Usyk told Sky Sports Box Office.

"I had no objective to knock him out because my corner pushed me not to do that. In the beginning, I tried to hit him hard, but then I stuck to my job.

"The only thing I wanted to do with this fight is to give praise to Jesus Christ. 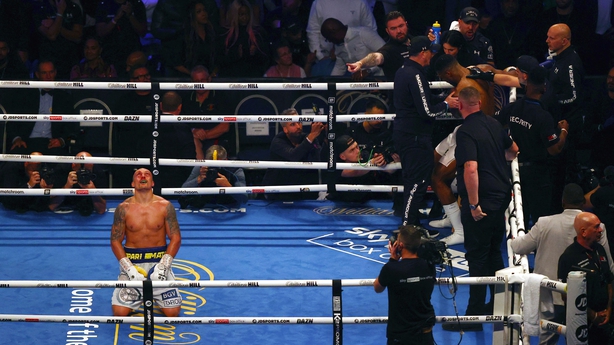 "I have been working so hard since January in preparation for this fight, it took me half a year and I didn't see my family for so long.

"I missed seeing them playing. I want to go home and be happy with my family and I'm not thinking about the rematch."

Carl Froch, the former super-middleweight world champion, felt Usyk was worth his victory.

He told BBC Radio Five Live: "All the boxing purists who know the game, we always knew Oleksandr Usyk could out-perform AJ, out-box him and beat him on points. 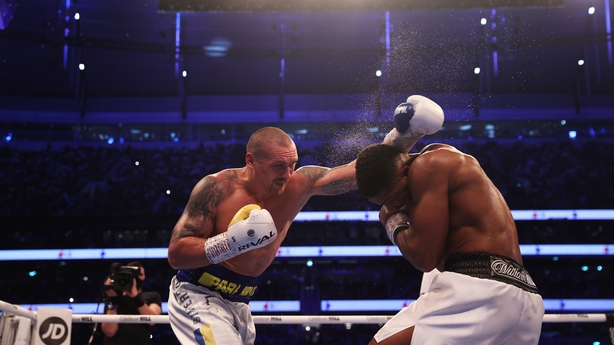 "I don't think any of us knew he could do it in such a manner. Towards the end, he took control, then started to beat him up when he didn't need to.

"That was a boxing match and a proper fight, which in the end Oleksandr Usyk was in control of. He deserves every credit.

"Anthony Joshua did his part, he tried to box with him and work the body at times, but it wasn't enough, he simply wasn't good enough.