Tyson Fury has appeared to suggest he will have to fight Deontay Wilder for a third time after claiming the American had demanded $20million to step aside and pave the way for a showdown with Anthony Joshua.

Earlier on Tuesday, promoter Eddie Hearn had given Fury's team a deadline of the end of this week to salvage his prospective summer showdown against British rival Joshua in Saudi Arabia.

The contest has been thrown into doubt by a legal ruling in the United States that Fury is contractually bound to fulfil a third meeting with Wilder.

The decision by an arbitrator, which can be legally binding, came just hours after Fury appeared to confirm his clash with Joshua would take place on 14 August.

While the decision would not necessarily scupper a Fury-Joshua deal, it would require Fury’s team to summon a substantial pay-off in order to convince Wilder to temporarily step aside.

And it would also seemingly scupper hopes that the deal struck by Fury and Joshua could include a clause for an immediate rematch between the pair.

Fury and Wilder fought a split-decision draw in December 2018 in Los Angeles, before Fury won their second meeting by seventh-round stoppage in February last year.

Attempts to secure a third fight were complicated by an injury to Wilder and an absence of available television dates, prompting Fury to move on based on the assumption that any agreement had expired.

Following the announcement of the arbitrator’s decision, Fury posted on his Instagram story with a message across a background photo of Wilder with new trainer Malik Scott.

"What a joke @bronzebomber has become. Asked for 20 million to move over #joker," Fury wrote in the post. 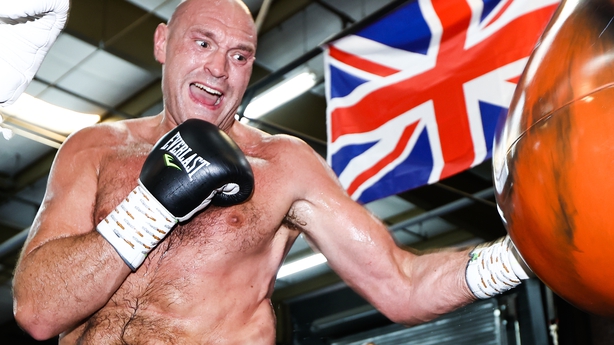 Fury had announced earlier this week that the unification clash was "100% on" for 14 August, adding: "I cannot wait to smash Anthony Joshua on the biggest stage of all time."

Fury is represented by MTK, a sports management firm with links to Daniel Kinahan.

Speaking on Matchroom’s social media channels on Tuesday, Hearn had stressed the need for Fury’s camp to find a swift resolution.

"We can’t wait around," Hearn said.

"We had a deal in place with Tyson Fury and we were told the arbitration wouldn’t be an issue, that we could move on with this fight.

"They were wrong and that’s on them, that’s their responsibility and their problem.

"We hope they can solve that problem, but we have to look after ourselves and Anthony Joshua.

"We have to maintain the position of unified world champion, and those talks will continue and we want to be in a position by the end of this week to know, are we fighting Tyson Fury or are we moving forward with another option?"