Natasha Jonas is unfazed at being an underdog once more ahead of her meeting with old adversary Katie Taylor this weekend.

Jonas has been given the opportunity to face the lightweight champion following on from the controversial draw with Terri Harper last August.

Many felt Jonas deserved to have her hand raised at the end of a pulsating battle with Harper, who retained her WBC super-featherweight title after some debatable judges' scores.

Jonas' display nevertheless boosted her standing and while a rematch has failed to materialise, she accepted the opportunity to move up a division to take on her London 2012 conqueror and the undisputed champion.

Taylor, 34, who holds the WBC, WBA, IBF and WBO crowns at 135lbs, is widely-regarded as one of the finest female fighters ever, so Jonas finds herself back in familiar territory of being rated as a longshot this Saturday. 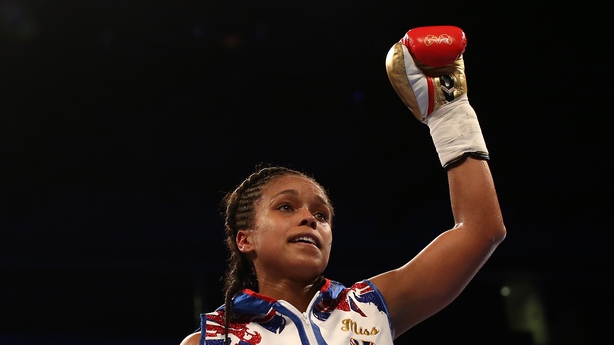 The 36-year-old Liverpudlian said: "People saying that I can't, brings out the best in me. From the Harper fight, the odds and bookies were absolutely ridiculous - they'll never do that again.

"Even though I am the underdog for this fight, it's not the same odds as Harper, it's a lot closer.

"I've got nothing to lose and if you're in a fight for the four belts on the biggest stage, the biggest platform and you can't get yourself up mentally then you're probably in the wrong sport.

"I'll be presenting the best version of myself mentally and physically on the night and she has to be able to deal with that.

Jonas says she has known Taylor since at least 2007 and the pair regularly sparred and mixed in the same circles as Team GB and Ireland grouped together in the amateurs, but their rivalry peaked at the Olympics nearly a decade ago.

In what Jonas thinks was the third and most recent bout between them, Taylor claimed a 26-15 quarter-final win in front of a crowd generating a record 113.7 decibels of noise at London's ExCel Arena en route to lightweight gold. 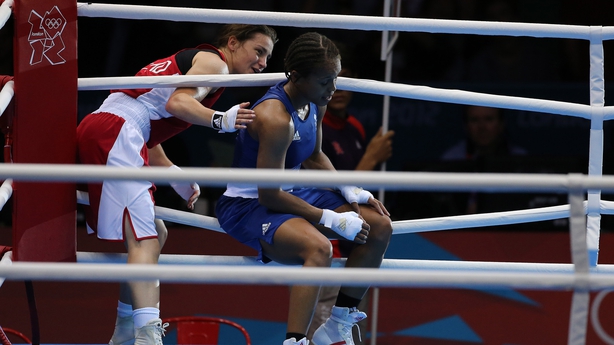 "Everyone only ever talks about the Olympics but she's actually beaten me three times. I think she beat me 5-3 in a tournament a month before the Olympics and she'd beaten me before, but I can't remember that score."

The pair appeared to be on a collision course when Jonas reversed her retirement and turned professional in 2017, although her surprise loss to Viviane Obenauf a year later meant hopes of a Taylor showdown receded significantly.

Jonas (9-1-1, 7KOs) has ultimately been able to get her career back on track and she has drawn encouragement from how Taylor (17-0, 6KOs) struggled against Delfine Persoon in their two fights in June 2019 and August 2020.

While she has no intention of mimicking Persoon's tactics at the Manchester Arena, Jonas believes the Belgian might just have punctuated Taylor's air of invincibility.

"Everyone's got weaknesses, everyone's human, and I will be trying to capitalise on them and put my best foot forward.

"Everyone mentions the Persoon fights but styles make fights and I'm not Persoon, but what I do think Persoon did was make her look human."