In the pair's second tussle in fifteen months, Taylor again got the better of Persoon in Essex on Saturday night, with the defeated Belgian this time accepting the verdict of the judges.

Lee argues that Taylor hit on a much better fight strategy against Persoon this time around.

"When you find someone like Persoon who's unrelenting, who wants to come forward all the time, you can't give them too much momentum," Lee told Morning Ireland on RTÉ Radio 1.

"So Katie had to hold her feet at times and I think she found a better balance this time, more so than the first fight.

"She picked her spots to stand and trade with Persoon and when she wanted to pull away and get back to winning rounds she chose to box and looked really impressive doing it. I think that was the difference, especially in those last couple of rounds when Katie got back to her boxing. 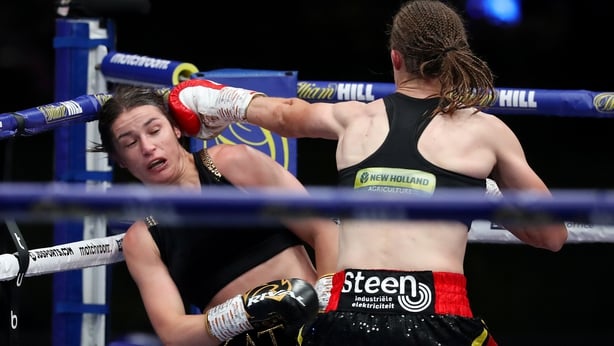 "She stood forward with Persoon, won those battles when she had to and then she got back on her toes, moving and boxing and quite beautifully maneuvered Persoon around the ring and pulled away and won the fight."

Katie has that championship mentality, that ability to find a way to win. She's always had that her whole career and her whole life.

Taylor eventually won the bout on all three judges scorecards, two giving the fight to the Bray woman by 96-94 and one, somewhat controversially, awarding it to her 98-93.

Lee, for his part, had the fight a draw coming into the final round but he said that Taylor's excellent last two minutes sealed her victory.

"There was a lot of doubts going into the fight. Because quite a lot of boxing insiders had Persoon winning the first fight. Let's not forget she was champion for five years, defended her title five times and it took Katie to beat her. It was always going to be a difficult fight because of Persoon's style, how unrelenting she is.

"She comes forward with a marauding style and it took Katie to be at her absolute best to beat her.

"I had the fight a draw going into the last round and Katie just pulled away. And I guess that's what separated them. Katie has that championship mentality, that ability to find a way to win. She's always had that her whole career and her whole life. That extra bit to separate her from the rest, even a great champion like Persoon.

"That last round Katie boxed absolutely magnificently to win and retain her championship. Great performance by Katie and she cements herself as the greatest female boxer of all time." 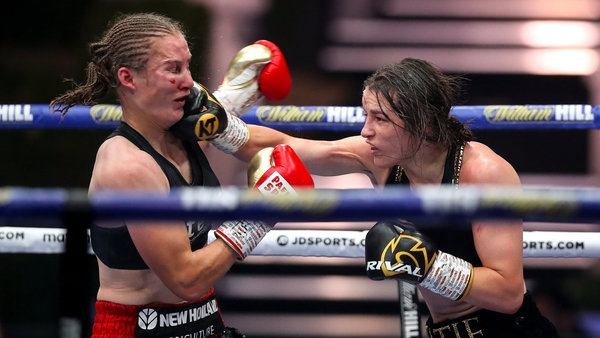