Katie Taylor steps back into the ring against Delfine Persoon on Saturday night, looking to prove that she was more than worthy of her first victory against her tough Belgian opponent.

And to whet the appetite for the rematch, we take a look at five other encounters that live long in the memory for Irish boxing.

British boxers dominated the middleweight and super middleweight divisions in the early 1990s, before Dublin native Steve Collins returned from a tough schooling in America to start to mix it with Nigel Benn, Chris Eubank and Michael Watson.

Collins was crowned WBO middleweight champion in May 1994, and would go on to challenge Eubank for his super-middleweight title a year later at Millstreet in Cork. The undefeated Englishman was cocky enough to come to the Emerald Isle to put his 0 on the line against the emerging Irish hero with the trademark shamrock shaved in the side of his head. 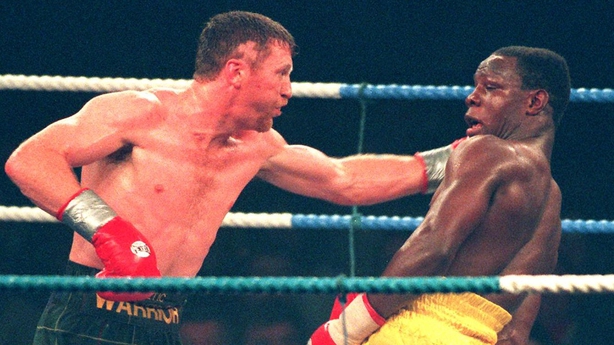 Collins came out to the ring in an oversized hooded tartan jacket, chanting "new champ" to himself and remaining motionless before the bout, listening to his headphones in his corner, having told Eubank in the build-up that he had been hypnotised and could not lose.

True to his word, Collins took the title by unanimous decision, and the two went toe-to-toe six months later, again in Cork, at Páirc Uí Chaoimh, and this time a more confident-looking Collins dominating the fight to make it back-to-back defeats for Eubank, albeit on a split decision.

Collins would remain undefeated as WBO super-middleweight champion, which included two victories over Eubank's long-time foe Nigel Benn, before retiring in 1997 when plans to fight the latest British fighter to emerge in the division, Joe Calzaghe, fell through.

Carl Frampton won his first world title in 2014 in a rematch against the man who demolished Bernard Dunne inside the first round at The Point Depot, Kiko Martinez.

Frampton had first beaten the energetic and most durable Spaniard a year previous to land the European title, but then took his IBF world title on an incredible night at The Titanic Quarter in Belfast.

Three defences later, Frampton went in search of unifying the super-bantamweight division and chased the then WBA champion Leo Santa Cruz. Frampton would again travel to the States, having learned valuable lessons from a previous defence against Alejandro Gonzalez Jr, when he was sensationally knocked down twice in the opening round, before getting the decision on points.

This time there would be no mistake from the Tigers Bay fighter, as Frampton put on a world class performance to dominate the much-fancied Santa Cruz with an exceptional display of back-foot boxing. 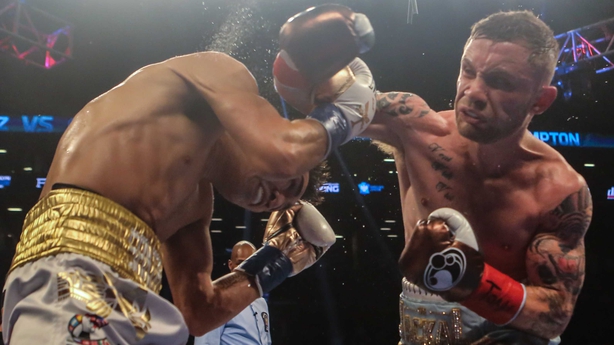 Santa Cruz, the California-based Mexican, would lament the New York bout, claiming Frampton had home advantage due to the Irish east coast of America and the two would do it again at the iconic MGM in Las Vegas in January 2017.

Santa Cruz got his tactics spot on for the rematch and travelled a much more conservative path, covering up, focusing on defence, while forcing Frampton to fight on the front foot.

It was another enthralling event with two fighters at the absolute top of their game, however, Santa Cruz did just enough to take it on a majority decision.

Frampton took his first ever professional defeat firmly on the chin, confident that he will eventually prove that he is the superior fighter whenever the trilogy is agreed.

We’re still waiting that one.

One for the diaspora, as Ward, of Irish heritage, hails from north Boston in Massachusetts, and fought under the moniker "Irish" in the light-welterweight division, challenged for a world title in 1997, but lost out to Vince Phillips.

Ward is most famous for a trilogy of non-title fights that would take place five years later against Italian-Canadian Arturo Gatti, who would later go on to win a world title. 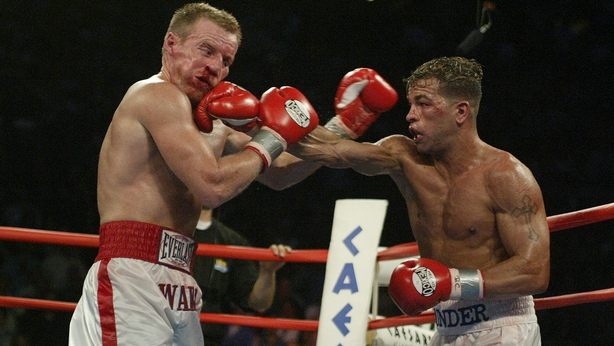 In a wild encounter, that would be named the 2002 Ring Magazine Fight of the Year, Ward knocked Gatti down in the ninth round en route to a majority victory, before Gatti took the rematch despite a tenacious performance from Ward who survived an early knockdown to finish the bout.

The trilogy was served up the following year and, sure enough, the gruelling encounter was again named fight of the year, with Gatti coming out on top by unanimous decision. The Atlantic City bout proved to be Ward’s final farewell as he became the first fighter since the 1950s to be involved in the fight of the year three years in a row since the 1950s, when Rocky Marciano and Carmen Basilio both completed the hat-trick.

Ward’s life story would later be told on the big screen, with Mark Wahlberg playing the boxer in the Oscar-winning film, The Fighter.

A must-watch documentary, Legendary Nights: The Tale of Gatti-Ward, was also made about the trilogy.

Michael Conlan proclaimed that he was going to Rio to collect his gold medal, such was the confidence and form that the Belfast boxer was showing in the build-up to the 2016 Olympic Games.

And things were going completely to plan right up to the moment when the result was read out for his quarter-final encounter against Russian fighter Vladimir Nikitin.

Having outboxed the Russian in the opening round, Conlan was informed by his corner during the fight that his opponent was ahead and that he might have to stop him to get the result.

The normally stylish and elusive Conlan went into beast mode for the remaining rounds and left his opponent bloodied and battered by the time the bell tolled at the end of the contest. 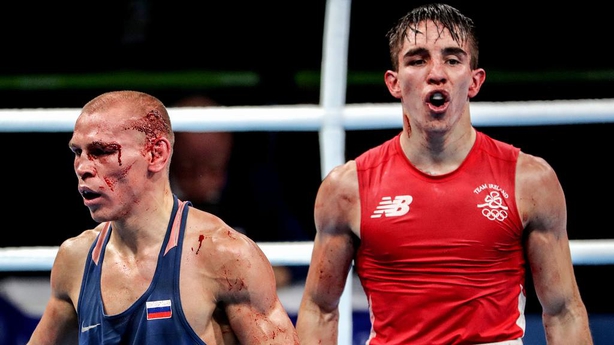 Remarkably, Nikitin was awarded the bout and Conlan went off on the now infamous tirade against the judges and amateur boxing at the Olympic Games. The Russian, ironically, could not compete in the semi-finals as a result of the injuries that he picked up against the Irishman.

The result would remain and Conlan would return empty handed, with the consolation that he already had an Olympic medal from the London Games and the fact that his outburst left a queue of professional promoters banging down his door to turn to the paid ranks.

Conlan signed with Top Rank and continues his march towards a world title and remains unbeaten as a professional, enjoying a chance to right the wrongs of Rio when he eased to a unanimous decision win over Nikitin at Madison Square Garden in New York last December.

A rivalry that raged all the way through the amateur careers of Dubliner Darren Sutherland and England’s golden boy James DeGale.

Sure enough, the two would cross paths on the greatest stage, however, this time it was a semi-final meeting with a chance to fight for the gold medal awaiting the winner.

With one eye on his post-Olympics career perhaps, and with the world’s professional promoters looking on, Sutherland threw caution to the wind in the semi-final bout, but despite looking the more entertaining, he was ultimately beaten by a disciplined DeGale, who went on to win gold, beating Cuban Emilio Correa in the final.

Both fighters would turn professional after the Games, however, they would never get to battle it out in the paid ranks as Sutherland tragically died in 2009.

DeGale would go on to be crowned world champion in 2015 and always kept his former foe’s initials, DS, on his shorts as a tribute to Sutherland.

"From when he passed, I've always had 'D.S.' on my shorts," said DeGale following his world title win over Andre Dirrell in 2015.

"And this world title is for him as well. A great guy. A great fighter. Unbelievable fighter. We've had some great, great scraps. It's for him."