Promotor Eddie Hearn has revealed a deal is on the verge of being agreed for the Tottenham Hotspur Stadium to host Anthony Joshua's homecoming later this year.

When the Watford-born boxer defeated Andy Ruiz Jr in Saudi Arabia at the end of 2019, talk quickly turned to his next fight.

A return to London was muted, with Tottenham's new stadium highlighted as a possible destination after it opened last April.

Joshua is expected to fight Bulgarian Kubrat Pulev in June and Spurs look to have beaten other venues in the capital to host the showpiece event.

"He wants to fight in London in June. We're on the verge of making that happen now. Spurs is the front runner and that's what he's asked me to do. We'll be delivering that for him."

Joshua was last in action in London back in September 2018 when he beat Alexander Povetkin at Wembley Stadium. 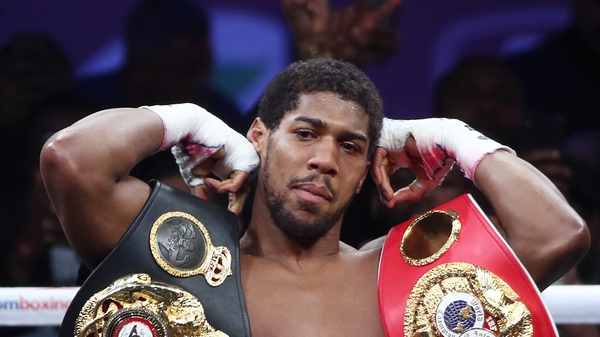