Athy featherweight Eric Donovan begins what could be the last year of his career next month with a fight against durable Spaniard Cristian Montilla in Belfast.

Donovan has been adamant that 2020 is a make or break year for him ahead of his headline bout on the Celtic Clash 10 bill at the Devenish Complex on 1 February.

The 34-year-old explained: "I want a world ranking title or a European title by the end of 2020, this fight will nudge me in that direction.

"It will also show another side of my boxing because I haven't been tested yet and I hope Montilla will change that.

"He is a good fighter, he is a winner, not a survivor, he comes to win and he has a good boxing brain. My most challenging hurdle in this journey awaits and it must be cleared."

A former Spanish champion, Canary Islander Montilla is Donovan's most decorated foe to date and once held Danish European titlist Dennis Ceylan to a draw. 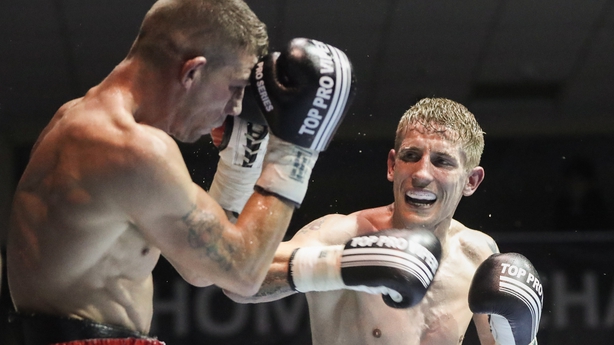 It hasn't been an easy road for Donovan since sensationally returning from years in the boxing wilderness to turn pro in 2016.

A five-time Elite champion and European and EU bronze medallist as an amateur, Donovan has had to slog and toil as a pro as he attempts to make it without big television or promoter backing.

There have been highlights, such as winning the Irish title live on TG4 last March, but the veteran southpaw has already set the ultimatum that this has to be his big breakthrough year or else he will step away from boxing.

'Lilywhite Lightning' added: "As I reflect on 2019, I have mixed feelings. The positive ones is that I became Irish champion on live TV and that will always be a special moment in our lives. The negative is that it could be also the last time I fight in the Republic of Ireland due to insurance costs, which is a crying shame. But I went on the road twice as well and enjoyed those experiences.

"After my last two fights which were in London and Glasgow, it's nice to be back boxing on the island of Ireland.

"I put a lot of effort into every training camp and I can probably only do that three or four times a year, those 10-12 week training camps and I need to make sure that, at the end of it, you’re not wasting time and that you’re progressing."