Promoter Eddie Hearn revealed he is in active discussions over the fight, which would take place in April or May next year and most likely be against his IBF mandatory challenger Kubrat Pulev.

Hearn said: "Tottenham is a nice new stadium for a UK fight. We've got to look at it. There are a lot of options internationally but he does want to box back in the UK.

"We spoke to Spurs about hosting this fight, which they were keen to do, but unfortunately the dates didn't work out. They would be keen to do it and it would be a nice stadium to do it in London."

Joshua last fought in Britain in September last year when he knocked out Alexander Povetkin at Wembley, before going abroad for the first time for his ill-fated first meeting with Ruiz in New York. 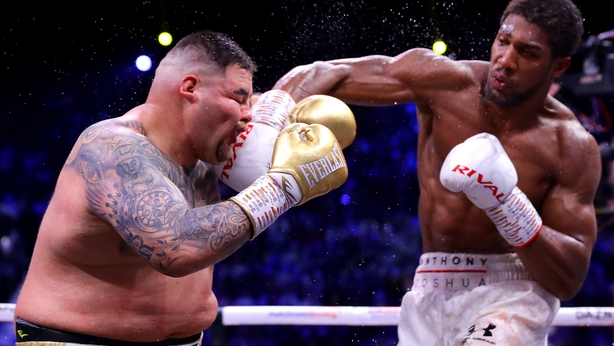 The promise of a purse in excess of £60m lured him to Saudi Arabia and despite Hearn's previous insistence that their financial clout makes more Middle East bouts inevitable, Joshua is eager to return home.

Joshua said: "It would be mega - looking at how many people came out here shows there is still a big interest in the heavyweight division, especially now we are taking the belts back.

"To defend them on home soil would be big news. Sometimes it would be better against a Brit, but if not I follow the mandatories and defend them that way."

Joshua told the BBC: "I had some issue with my health which I was going through for a long time.

"I didn't know what was wrong with me. I felt so tired and drained and thought it must be down to training.

"In the changing room before the fight I got a bucket of ice and was putting my head in it thinking 'why do I feel so tired?'

"After my check-ups it showed what the problem was and this is what you have to get sorted.

"Even in this camp I had an operation done but as I'd started training in June I had no issues." 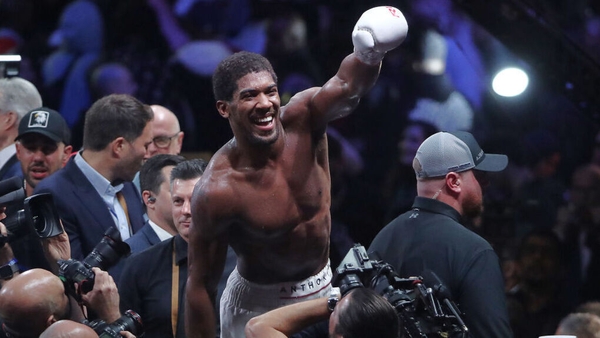