TJ Doheny's bid to unify the super bantamweight division came up short as the Irishman was beaten by fellow champion Daniel Roman at The Forum.

The Portlaoise native put in a commanding performance at the Inglewood arena, however, two knockdowns would ultimately cost Doheny his title, losing for the first time in his professional career.

Doheny lost the contest on points, with one of the judges scoring the contest a draw at 113-113, however, the other two handed the decision to the hometown fighter 116-110, which appeared very harsh on the outgoing IBF champion.

A composed start, Doheny looked immediately comfortable fighting off the back foot early in the opening round, landing the better punches and looking very strong coming forward.

And it continued into the second stanza with more of the same from the Portlaoise man as the rangey southpaw maintained his style and continued to box from the outside.

But then out of nowhere, Doheny was caught be a sharp left hook, which landed flush on the Irishman’s chin and knocked him over,

Off-balance, in his defence, Roman’s shot landed as Doheny was in the process of throwing, which aided with knocking him off his feet. 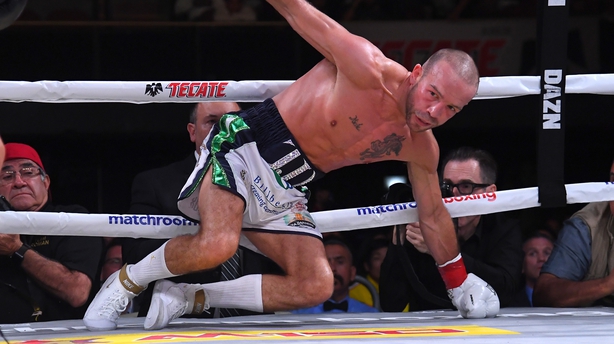 The fight opened up a bit more in the third as Roman sensed that he was starting to dominate, while Doheny went back to basics, perhaps thinking he had ground to make up following the knockdown.

But the contest really caught fire in round four as Roman again started at a frenetic pace, however, that also kicked Doheny into gear as he responded with some powerful punches of his own, which had the local fighter going backwards for the first time in the contest.

A slower round followed, naturally, after an energy-sapping fourth, with Doheny remaining on the back foot trying to pick off from the outside.

But Doheny was growing into the fight, the earlier knockdown long since dealt with, and some good work in the sixth frustrated his opponent, while some big scoring shots landed as well. Roman’s corner appearing a bit concerned at the bell, hoping their fighter could get more return from his coming-forward work.

Composed and strong, Doheny took control of the seventh and a huge left rocked Roman, followed sharply by a whipping body shot which put the home fighter in defence mode.

Doheny sensed his opportunity and let loose with a barrage of big shots, Roman eventually stumbling, before being pushed over onto the canvas.

A blessing perhaps for Roman as he enjoyed a moment's respite and was not technically knocked down.

But the away fighter kept up the pace and power and the final minute proved relentless for Roman who did well to make it to the bell. 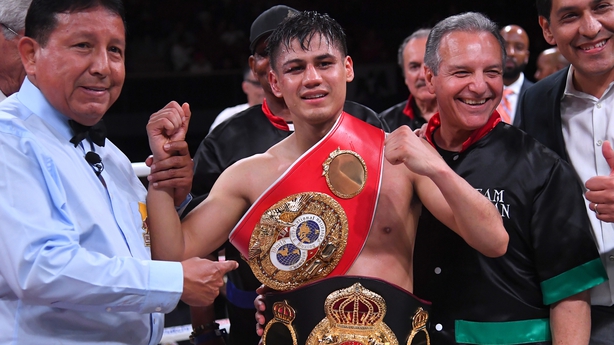 Doheny chose not to go after Roman immediately in the following round with both fighters appearing to take a breather. But Doheny still looked in control against a ragged-looking Roman.

But the Inglewood native enjoyed a quick flourish in the final seconds of the round, catching Doheny off guard with a sharp shot to the head right on the bell.

The momentum switched at the start of the ninth, as Doheny was picked off by a fine shot from Roman. The Portlaoise man responded well but was now nursing a worrying  cut on the nose.

And then Roman rocked Donheny later in the round with a huge left uppercut, which almost put the Portlaoise man down, his legs noticeably wobbling. But the Sydney-based fighter showed great spirit to first, get out of trouble, before fighting back to show that he had more in the tank.

Roman attacked again in the tenth, perhaps sensing a chance to finish the contest early, while Donhey was trying to keep out of trouble following the tough ninth. But to his credit, Doheny kept in the contest, scoring well with his long left causing problems.

Into the championship rounds and again Roman was first to cause a problem with a fine shot to the body. And if the first hurt, the follow-up proved devastating as the Irishman went down for the second time.

With well over a minute to survive, Roman kept coming forward with Doheny tucking up on the ropes, attempting to get to the bell. More big shots landed but the bell eventually arrived, followed by a huge sigh of relief from Doheny.

A big finish was needed from Doheny but it never arrived with both fighters running on empty as the seconds ticked down to the final bell.

The final minute saw Doheny score with a couple of good shots and 'The Power' finished the contest coming forward and perhaps taking the final round, but it was not enough to sway the judges decisions who handed Roman a majority victory.