Jarrell Miller says he has "never knowingly taken any banned substance" and intends to appeal against the decision to revoke his licence following an adverse doping test.

Miller, who was due to fight British heavyweight Anthony Joshua in his native New York on 1 June, produced an adverse result for a metabolic modulator in testing carried out on March 20 by the Voluntary Anti-Doping Association (VADA).

He retains the right to request another sample be tested and to reapply for a licence, and has now stated his intention to "vigorously appeal" against the decision.

"I am absolutely devastated upon hearing the news my boxing licence has been revoked in NY State and I will be vigorously appealing this decision," he wrote on Instagram.

"I have NEVER knowingly taken any banned substance and when I found out the news last night I was totally shocked.

"My team and I stand for integrity, decency & honesty and together we will stand to fight this with everything we have!"

"I refuse to just lie down and let my dream be taken away from me when I know in my heart that I've done nothing wrong.

"Remember, don't believe everything you hear and see. The facts will prevail and I shall be vindicated. I don't have anything to hide and the truth will make itself known."

Eddie Hearn says a new opponent for Joshua's IBF, WBA and WBO heavyweight title defence will be announced early next week, subject to the outcome of the test on a second sample from Miller.

"Everybody's on the hustle now to try and get a shot at Anthony Joshua so we've got to make sure we get the right guy," Joshua's promoter Hearn told Sky Sports News.

"Going through everything today, tomorrow, and over the weekend, we have some meetings, a lot of people flying in as well, and early next week there will be an announcement for a new opponent, subject to Jarrell Miller's B sample being tested as well.

"But history will tell us that it's unusual to see a change in that sample." 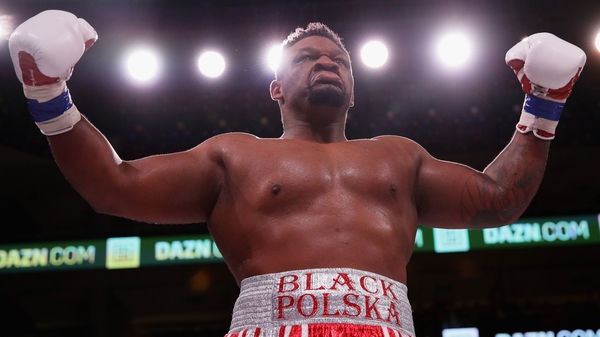